What bonds BJP with the West? India as 'one nation, one curry' 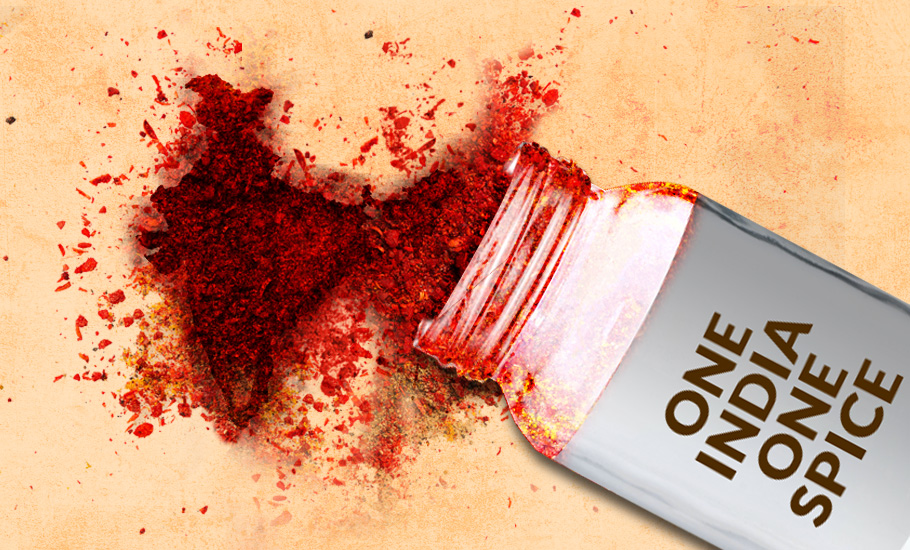 When humour columnist Gene Weingarten brushed off Indian cuisine in The Washington Post as "insanely based entirely on one spice", he came across as ignorant. He knocked the wind out of the sails of many Indians with that statement in this age of the internet.

Apart from Padma Lakshmi impolitely telling him to f**k off, saying he clearly needed an education in spices, flavour and taste, one Twitter user roundly ticked him off, pointing out, "Hey, we even put eight spices in our omelettes!"

Later, Lakshmi wrote in an article how disparaging Indian food isn't funny at all, it is plain ugly, and went on to explain the diversity of Indian cuisine. "Bengali food is heavy on seafood, mustard seeds and coconut; southerners serve mountains of rice topped with sambar laced with tamarind; Kashmiri food focuses on meat, especially lamb," she wrote, which does not even cover a smidgeon of the sheer range of spices, ingredients, dishes and cooking styles found in India.

You *clearly* need an education on spices, flavor, and taste….

I suggest starting with my book “The Encyclopedia of Spices & Herbs”:https://t.co/DARIJ1olqf

It is like New Zealander chef Willi, who has made India his home since 2010, and is behind the famous Toscano, Burgundy chain of restaurants in Chennai, says: Indian cuisine differs every hundred kilometres you travel in the country.

Having worked in Kolkata before settling down in Chennai, he is in awe of the food and taste variations in Indian cuisine across India, from the Goan pork vindaloo to the mustardy fish dishes of Bengal and the curry leaf and coconut spliced dishes of Kerala and Tamil Nadu. But he understands that westerners tend to lump Indian food as one curry.

It is a myth that 27-year-old Chaheti Bansal, a California-based food blogger, was recently trying to squash with her Instagram post, as she called people to "denounce curry" as racist and colonial. Her post triggered a hot debate and went viral.

But somewhere, Weingarten's terrible and embarrassing gaffe seems to be in sync with the BJP-RSS grand plan to build India and its multiple, distinctive societies into a "homogenous monolith". To subvert the multifarious identities among Indians into a nebulous entity, to package Indians into one "curry".

Somewhere, it seems to be in step with the arrogance shown by some westerners, when they dismiss Indian food, slotting it as a generic "curry" "slathered with spices".

At least, the notion that India has a uniform national cuisine comprising something singularly called "curry" remains strongly entrenched in western countries, probably because of generic Indian restaurants found in the West. But the BJP's intransigent attitude blithely overlooking the strong local identities that dot every nook and corner of India (like each boasting their own cuisine tapping into local ingredients, their own styles of cooking and unique flavours) stems from their autocratic vision of "One nation, one India". 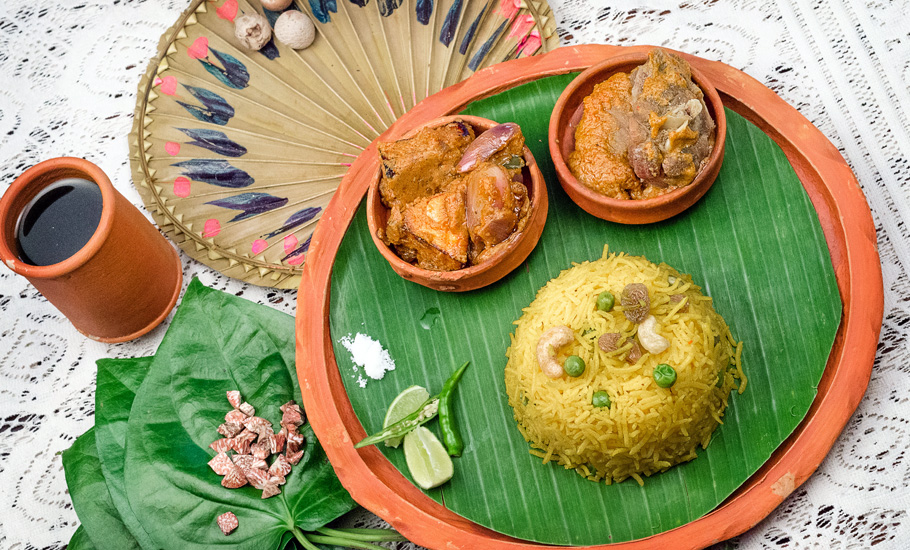 Food plays a significant part in expressing our identity and who we are. Bengal is fiercely proud of its distinctive cuisine with their hilsa delicacies, their banana leaf mustard smeared bhekti macher paturi to the kingly sandesh. And no force from the north can topple them from their top position on India's gastronomy map. 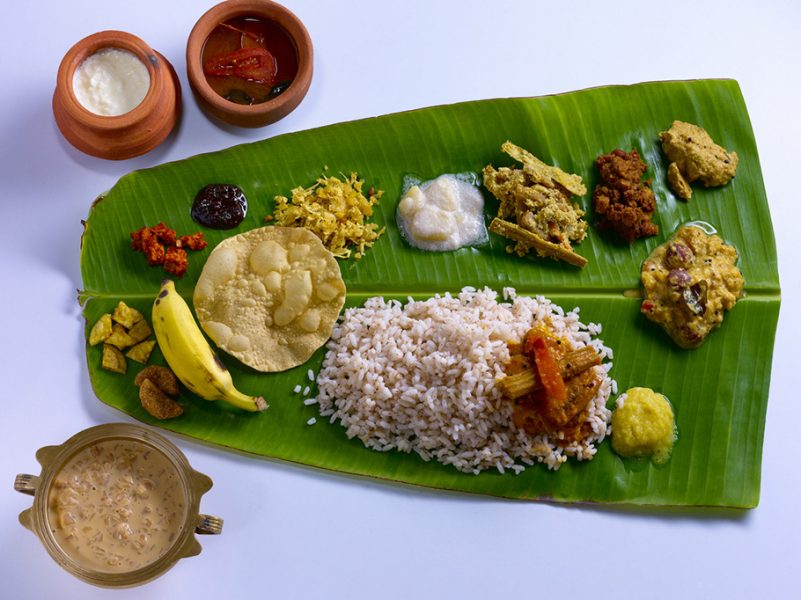 Similarly, Kerala's individualistic stamp is written all over their Kerala rice and the Malabar parotta, their appams and coconut stews, their varied beef preparations, which can come roasted, or stir-fried or as a curry brimming with masalas and coconut oil. No one can mess with them, as they stubbornly fend off the BJP's forays into their state. Their flavour of resistance closely resembles the fight put up by the resistance fighters in Afghanistan's Panjshir valley against the Taliban. 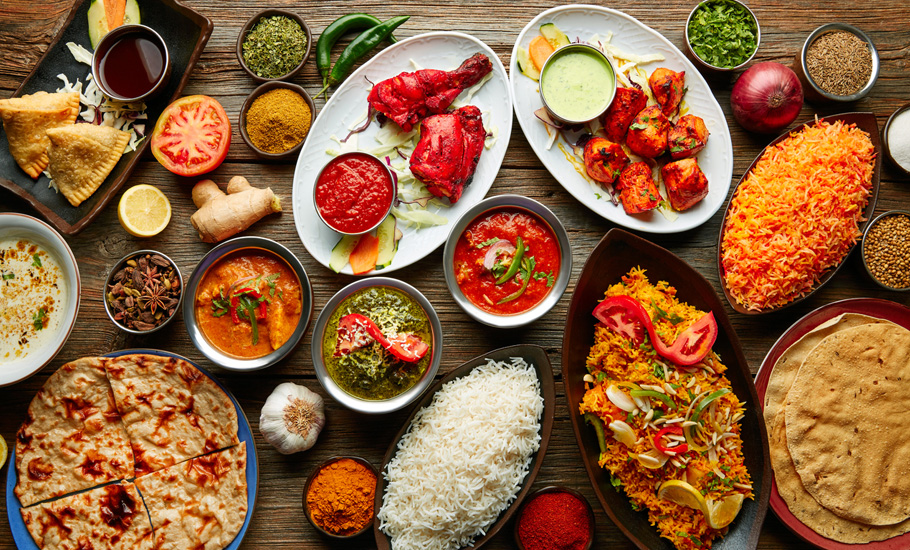 Rajasthan is known for its fiery laal mass, a mutton dish spliced with a locally grown dried kachri and red chillies, while the Assamese saag made from an indigenous fiddlehead fern is famous. Known as dhekia xaak, it has its own unique flavour as it is cooked with tomatoes, dried shrimp, dried mangosteen or just simply stir-fried.

Kashmir's celebrated multi-course 'Badshah'-like meal, the wazwan usually prepared at weddings and other festive occasions, is unbeatable for its variety - it features a spread that comprises 36 dishes made largely from lamb - from rogan josh to kababs, with the main course wrapping up with the gushtaba, a meatball dish.

Relishing this concept of different Indias in one India, (if we just consider its food), which in effect is a salute to the sprawling and awe-inspiring diversity of the country, is anti-national in the eyes of the BJP. This kind of unity is anathema to the party.

They would truly prefer if the nation had one uniform dish, it would be so much easier for them. Preferably vegetarian, probably curd rice? There is a debate currently raging on social media over the origin of curd rice (whether it was brought by the Mughals, who the BJP have bracketed as the Great Outsiders).

But journalist Vir Sanghvi has rubbished this theory in an article quoting food historian K.T. Achaya who says that curd-based marinades were mentioned in the Arthashastra and the Rig Veda mentions a curd dish. This cooling, bland dish may then just be the "unifying" dish the saffron brigade need to push its "One India" ideology.

Soon they will start working on "one country, one religion", clearly evident from the Islamophobia they are spreading on the pretext of love jihad, etc., and the way their propaganda machinery tried to malign protesting farmers as Khalistani because they were Sikhs, he pointed out.

The recent incident involving a young Muslim dosa seller in Mathura, whose stall was vandalised because it was called Shrinath dosa stall, by Hindutva groups, is just nailing this message down further into the minds of Indians one step at a time.

What is shocking is that the Hindutva groups justified their bullying as some sort of "economic jihad" since the popularity of Irfan's stall was a threat to a rival dosa eatery owned by a Hindu.

Next: The revenge of the queen of Lahore

This is part of the BJP's DNA that believes religious diversity is a problem; minorities need to be put in their place. The BJP dislikes a heterogeneous India, an India envisaged by our national leaders and given shape in the Indian Constitution. 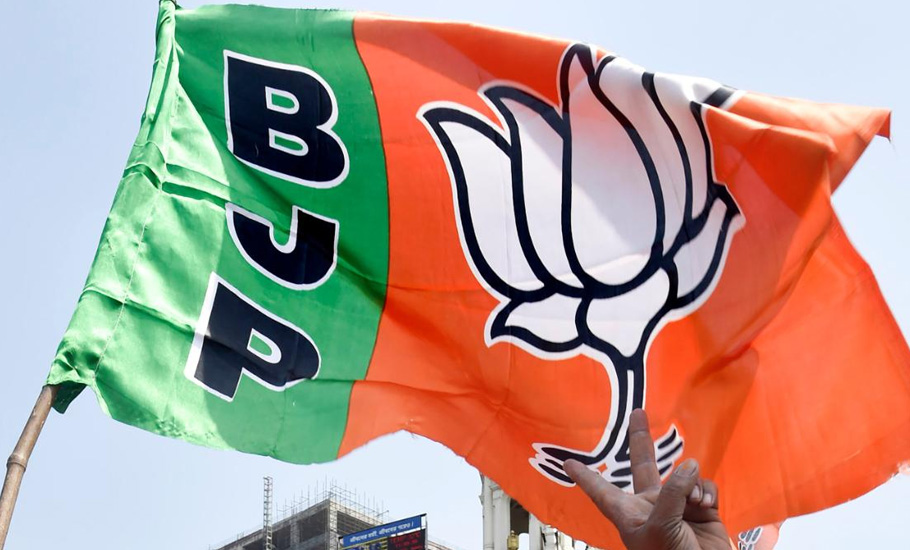 Today, the BJP brushes away this heterogeneous concept as an attempt to "Balkanise India" by the "tukde-tukde" Indians. How the Modi-Shah combine would love to make mince-meat of this group.

India's "unity in diversity" is being summarily dismissed as a well-worn cliche. The Union government brooks no debate or argument steamrolling their way to build this one curry of a nation, stirring up anxiety and fear in the minds of Indians that their local and regional identities are under threat.

The BJP-led state governments are entering into the kitchens of Indians, going around banning beef, completely disregarding the fact that in many communities, and in many states like Goa, the north-eastern states and Kerala, beef is almost a staple dish.

Some regional forces are trying to resist, the thayir sadam-eating Tamils and the mishti doi Bengali bhadraloks especially are starting to stir the pot. They are stonewalling the Union government's efforts not seemingly falling back on some linguistic or regional jingoism. But the face-offs seem to be the making of a new nation model that respects and protects multiple socio-cultural identities, and accommodates competing or conflicting claims of different groups.

This one-curry colonial model (of a one-state nation) is bound to fail. As essayist and novelist Pankaj Mishra points out, Modi's intense and violent bid to homogenise a diverse India is inherently "flawed" because he is trying to build a homogeneous national community in an irrevocably diverse country.