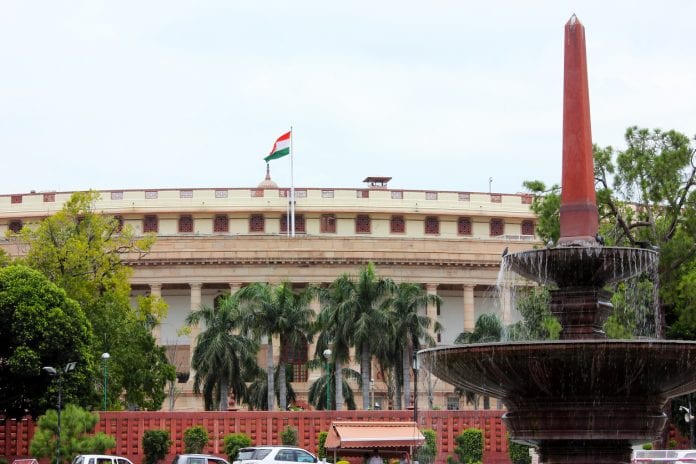 The Centre’s prohibition on contributions under Members of Parliament Local Area Development Scheme (MPLADS) to COVID-19 relief funds of chief ministers has dealt another blow to cash-strapped states that are fighting a valiant battle against the pandemic.

The Narendra Modi government has cleverly tweaked the MPLADS guidelines, enabling MPs to make contributions under the scheme to the newly-created PM CARES Fund, while not allowing them to donate to the state-level relief funds.

The MPLADS guidelines had prohibited MPs from making any “grants and loans, contribution to any Central and State/UT Relief Funds”. This meant that they could contribute neither to the Prime Minister National Relief Fund (PMNRF) nor the relief funds of chief ministers. But the Centre created PM CARES (Prime Minister’s Citizen Assistance and Relief in Emergency Situations) Fund to overcome this clause in the guidelines.

In a circular, the Ministry of Statistics and Programme Implementation (MOSPI) which is the nodal ministry that oversees MPLADS, said on April 1 that as a special case, MPs have been allowed to “contribute towards the larger national cause to/through such Fund/Central Pool or Head of Account as may be decided by the Central government for managing COVID-19.” This dispensation, it said, “excludes the PM or CM Relief Funds.”

If it was thought fit to give a one-time exemption to a new fund to receive MPLADS contributions, why couldn’t the rules be changed to allow the same for the existing PMNRF and CM’s relief funds?

Under MPLADS, each MP can suggest to the Collector developmental works to the tune of ₹5 crore a year to be taken up in his/her constituency. Under the guidelines, all works that meet locally-required infrastructure and development needs are permissible, provided there is creation of durable assets in the constituency.

At a time when it is the States that require funds immediately to meet the COVID-19 challenge, not making an exemption for MPLADS contributions to the chief ministers’ relief funds is patently discriminatory and against federal principles.

No sooner than the Centre came up with the new rules, Bharatiya Janata Party chief J P Nadda called upon party MPs to donate ₹1 crore each from their MPLADS funds to PM CARES. Many have already come forward to pledge their contributions, generating a debate in political circles and in civil society. The BJP has 303 MPs in the Lok Sabha and 83 in the Rajya Sabha.

In Karnataka, Congress leader Siddaramaiah said, “MPLADS funds are meant for the development of the constituency. Giving MPLADS funds to PM CARES is not only a violation of norms, but also an act of betrayal of their own constituencies.” He lambasted the BJP chief for calling on MPs to donate ₹1 crore to PM CARES when Karnataka MPs should ideally be donating to the CM’s Relief Fund instead.

Twitterati have launched a campaign with the hashtag #MPLADSMosa (‘mosa’ in Kannada translates to fraud/cheating) to demand that the funds be utilised only for Karnataka.

Chief Minister B S Yediyurappa has made a fervent appeal for donations to the CM Relief Fund Covid-19 to which he himself has pledged a year’s salary. “The citizens have been put to unimaginable hardships … in this dire situation an appeal is made to render a helping hand to the needy by way of joining hands with the state government in providing advanced medical support,” he said.

Contributions to relief funds at the state level from MPLADS, if allowed, would have made sense because the money would be spent within the State. On the other hand, there is no clarity yet on the methodology for the transfer of funds from PM CARES to the states. This, especially at a time when states are crying for a fair share of devolutions of revenues from the Centre.

For instance, Karnataka which closed the financial year 2019-20 at the end of March, reported a whopping revenue target shortfall of ₹4,536 crore mainly on account of failure of the Centre to pay GST compensation to the State.

Many States have had to fight the COVID-19 challenge with their treasuries under severe strain. There has been no announcements of any financial assistance to the States, leaving them to fend for themselves. Telangana has had to slash salaries of government employees by up to 75 per cent while Andhra Pradesh has announced deferment of salaries between 10 per cent and 100 per cent for various categories of its employees.

Andhra Pradesh Chief Secretary Nilam Sawhney has said, “While the revenue streams have totally dried up due to the lockdown, the demand on the state’s resources has increased tremendously for contact tracing, quarantining, providing personal protection equipment, drugs, health facilities, etc., and for providing financial assistance to the poor people, most affected by the lockdown.”

On Thursday, Prime Minister Narendra Modi held a video conference with chief ministers of all states to discuss issues relating to the fight against COVID-19. But there was no announcement or assurance of any financial assistance from the Centre to the states, despite requests from several chief ministers.