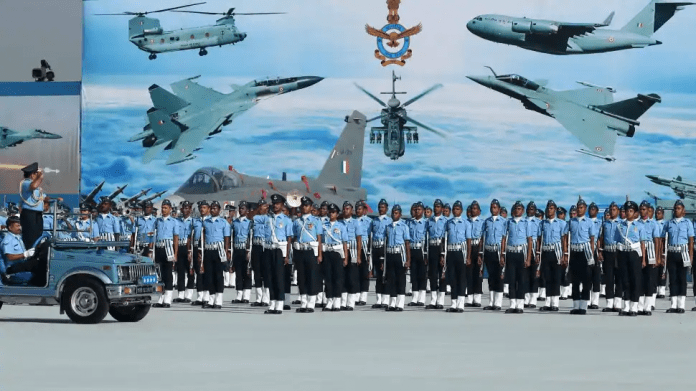 While India and China have partially withdrawn their ground forces at the Line of Actual Control (LAC) in Ladakh, military mobilisation of forces on either side would compulsorily involve airpower capabilities.

Therefore, airpower capabilities are also an integral part of the India-China military equation across the Himalayan borders. The Indian Air Force’s (IAF’s) objective should be to attack the adversary in order to enable the army to recapture lost territory at the LAC. Airpower should not escalate the level of conflict. All IAF fighter, helicopter, and transport aircraft operations need to focus on this limited military objective on the ground.

The introduction of airpower itself into the India-China border dispute amounts to an escalation, considering both countries are nuclear-armed neighbours. Also, employment of airpower could possibly spill over to a larger conflict in terms of targets — the two types of targets being counter force and counter value targets. The former refers solely to military targets and the latter are civilian targets like cities.

Perhaps the use of helicopter gunships or attack helicopters by either side will be limited to military targets in the forward edge of the battle area. The IAF has recently acquired Apache and Mi-35 attack helicopters, which are potent weapons in mountain warfare as the erstwhile Soviet military demonstrated in Afghanistan against the Mujahideen. Notably, India and Pakistan employed airpower during the Kargil conflict in 1999 under a nuclear overhang without escalation to counter value targets.

The potential for aerial war-fighting between the two sides is unlikely to transcend a limited war in terms of time, targets, territory, force levels, and weaponry. From an Indo-centric national security perspective, the use of airpower against China is especially sensitive because the Nehruvian leadership did not employ the IAF during the October 1962 India-China border war. Perhaps the fear was one of escalation, which in hindsight, was erroneous. Therefore, in this backdrop, the Indian military leadership remains conscious of the need to employ airpower, if the need arises, to gain competitive military advantage against the Chinese military today.

The Chinese People’s Liberation Army Air Force (PLAAF) has 14 airbases opposite Ladakh, Uttarakhand, Himachal, Arunachal Pradesh, and Sikkim airbases in the Tibetan Plateau, also known as the ‘Roof of the World’. This makes IAF airbases vulnerable to attack and any aerial engagement against the Chinese PLAAF would be over the Tibetan Plateau.

China has an airbase in the Xinjiang province which aims to promote the Belt and Road Initiative (BRI), as the Silk Road runs through the province and connects parts of China to its west. For instance, the PLAAF’s Hotan airbase at 15,000 feet which is closest to the Galwan Valley and Pangong Tso, is within the IAF’s striking range. The IAF’s Sukhoi-30 MKI fighter aircraft can operate from airfields such as Thoise and Leh, besides Srinagar and Awantipur in Kashmir, in addition to rear bases with air-to-air refueling to reach targets.

The Chinese PLA’s Western Theatre Command (WTC) along India’s northern borders is tasked for military operations against India. The PLAAF, has three Fighter Divisions (6, 33 and 37), one Bomber Division (36), and one Transport Division in the WTC. Similarly, the IAF’s Eastern Air Command, Shillong and Central Air Command, Allahabad, are operationally tasked to engage the Chinese PLAAF in war. Besides, the IAF has eight Advanced Landing Grounds (ALGs) along the India-China border, which will enable strategic airlift of troops/equipment with transport aircraft namely Antonov-32, Illyushin-76, and C-130J Super Hercules, all transport aircraft, besides the helicopters.

While the Chinese PLAAF is quantitatively superior to the IAF, the former undoubtedly remains qualitatively inferior. The Chinese Air Force has 2,100 fighter aircrafts against the IAF with 500 fighter aircrafts. However, they also possess only around 150 Sukhoi-27 and Sukhoi-30 MKK aircrafts totally — which are fourth generation fighters. The PLAAF’s mainstay are their vintage fighter aircrafts such as J-7 (MiG 21 variant) and J-10 which are technologically obsolescent flying platforms. However, the IAF’s, 250 Sukhoi MKI, 65 MiG-29 and 65 Mirage-2000 fourth generation fighter aircraft are a potent force against the PLAAF. Importantly, the PLAAF cannot field its entire fighter aircraft inventory solely against India, considering Beijing also has other hostile neighbours like Vietnam, among other maritime ones.

Strategic airlift enables a military to mobilize troops/heavy weapons from the hinterland to the borders which makes airpower contribute directly to the outcome of land warfare whereas the PLAAF transport fleet suffers from low serviceability. The IAF transport aircraft namely C-130 J and C-17, could efficiently airlift the new 155 mm artillery hardware to threaten Chinese ground forces very, unlike the Chinese transport fleet.

The IAF has superior AWACS (Airborne Warning and Control Systems) capabilities, for air defence management. But the PLAAF, has a larger inventory of drones for surveillance, target acquisition, weapon delivery. Importantly the threat for the IAF arises from the PLAAF’s missiles and air defence assets in Tibet.

Air power would support boots fighting on the ground which would tilt the battle for the side with a stronger aerial warfare capability. While the IAF has had some experience of war fighting in high altitude mountains during the Kargil conflict in 1999 the PLAAF has none. This gives the IAF phenomenal advantage over the PLAAF in any future conflict scenario.

(Bidanda Chengappa is a former Professor of International Relations and Strategic Studies, Christ Deemed to be University, Bengaluru.)