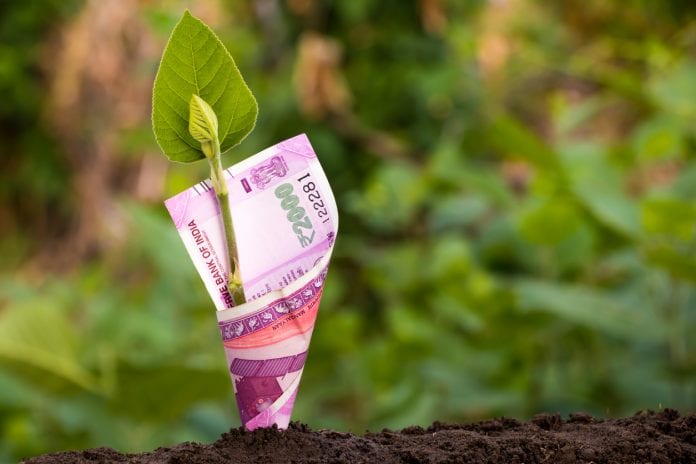 A late-night announcement in Parliament that the government is set to bury a controversial retrospective tax, introduced by the then finance minister Pranab Mukherjee targeting a few foreign investments, has caught its critics by surprise.

Known for being a right-wing party that has been encouraging and offering incentives to domestic companies while trying to keep investments from foreign multinationals at bay, the BJP-led government’s move is now being seen as a desperate measure to lift an economy that has been on a downward spiral ever since it took charge.

On Thursday, the country’s Finance Minister, Nirmala Sitharaman introduced a bill in Parliament to rescind a 2012 tax code provision that had allowed the government to impose retrospective taxes on some foreign investments. Ironically, the provision, pushed through Parliament after the government lost a $2.9 billion tax battle with Vodafone in Supreme Court in 2012, was implemented during the regime of then prime minister Manmohan Singh, known as one of the architects of the economic reforms in the country.

Also read: Retrospective tax: Why Centre ‘rose to occasion’ after 7 years of wait

The provision came in handy for the new BJP-led government which has done its best to discourage foreign multinationals from expanding their businesses in India. On one occasion, when Amazon CEO Jeff Bezos came on a whistle-stop tour of the country in January 2020 and announced that his company will be investing $1 billion to bring small and medium businesses online, Union Commerce Minister Piyush Goyal, during an event organised by an industry association, took a dig at Bezos, claiming he was not doing any favour to the country by investing here.

Foreign investments in India have nearly dried up with the government letting a huge opportunity pass after several multinationals started looking at other Asian countries, due to their decision to move out of China in the wake of international criticism against the country’s alleged refusal to alert the world about COVID-19, which is believed to have originated from one of its laboratories.

On Thursday, the country’s finance secretary T V Somanathan in one of his rare public appearances, tried to explain the sudden government move to one of the television channels. “We think this is an important time for India to be welcoming investment. We are very keen to basically get the economy on a faster growth path,” he said.

A recent tweet from the former chief economist of the World Bank and the former chief economic adviser of the country, Kaushik Basu, shows the country is facing one of the worst periods in its history. “75 million Indians pushed into poverty, 2020 (Pew Research). Indian unemployment rate at 13 per cent 6 June 2021 (CMIE). Loans overdue by 30 days around 15 per cent, after 2nd wave (CRISIL). I am not in favour of govt action at all times, but if govt doesn’t step in to help people now, when?” tweeted Basu.

Of late, the Modi government has been unable to defend itself effectively on several occasions. It could be either on issues about its inability to handle the COVID-19 situation which has resulted 4 million deaths – 10 times more than what the government claims – or on economic issues even though the finance minister frequently makes announcements, offering incentives to debt-ridden unorganised sector and small and medium enterprises to revive them.

The government’s image has also suffered hugely after an international arbitration tribunal ordered the Centre to pay Cairn Energy, a Scottish energy company, a compensation of $1.7 billion for its seizure and sale of a 10 per cent stake in Cairn India against a disputed tax. But the government stuck to its stand and refused to honour the award.

The government’s stand forced Cairn to secure an order from a French court freezing the country’s properties in Paris to collect the compensation. The company also filed a lawsuit in a US court, seeking to seize properties of the state-owned Air India. Cairn also said it has identified over $70 billion worth of the Indian government assets abroad that can be seized to square off its compensation.

The amendment if passed by Parliament, will allow a tax refund to Cairn without interest. Those cases that predated the 2012 amendment will be null and void, but will be carried out under the Indian statute. However, the government has claimed that even now it does not accept the arbitration awards.

The industry and international consultancy firms, while welcoming the move, said that it was long overdue. Abhay Sharma, partner at Shardul Amarchand Mangaldas & Co said the taxpayer would be required to submit an undertaking, waiving his right to pursue a claim in India or abroad in order to take the benefit of the revised section. “It is a welcome move albeit a bit late in the day.”

Amrish Shah, Partner, Deloitte India said the move would reignite the choice of India as a favourable investment destination coupled with the low tax rates.

“With the proposed changes, the Indian government has not only stood ground on not introducing retrospective tax amendments, but also dealt with the major one that was existing and not appreciated by the investor community. This will bring a lot of stability in the minds of foreign investors looking at investing in or entering India for the long run. For the existing disputes on indirect transfer, the government has been pragmatic in allowing them to be settled without any tax cost or penalty and to top it up by providing for a full refund of tax collected so long as the cases are withdrawn. The only sore point is that no interest would be paid on such tax refunds. On balance, this is a really good step.”

The Bill proposes to amend the Income-Tax Act, 1961, “so as to provide that no tax demand shall be raised in future on the basis of the said retrospective amendment for any indirect transfer of Indian assets if the transaction was undertaken before 28th May 2012 (i.e., the date on which the Finance Bill, 2012 received the assent of the President).”

“It is further proposed to provide that the demand raised for indirect transfer of Indian assets made before 28th May 2012 shall be nullified on fulfilment of specified conditions such as withdrawal or furnishing of undertaking for withdrawal of pending litigation and furnishing of an undertaking to the effect that no claim for cost, damages, interest, etc., shall be filed. It is also proposed to refund the amount paid in these cases without any interest thereon,” the Finance Ministry said in a statement.

“The Bill also proposes to amend the Finance Act, 2012 so as to provide that the validation of demand, etc., under section 119 of the Finance Act, 2012 shall cease to apply on fulfilment of specified conditions such as withdrawal or furnishing of undertaking for withdrawal of pending litigation and furnishing of an undertaking that no claim for cost, damages, interest, etc., shall be filed,” it stated further.

The government in its statement said that even though major reforms have been initiated in the financial and infrastructure sector over the past few years to boost investment, “the retrospective clarificatory amendment and consequent demand created in a few cases continue to be a sore point with potential investors.”

“The country today stands at a juncture when quick recovery of the economy after the COVID-19 pandemic is the need of the hour and foreign investment has an important role to play in promoting faster economic growth and employment,” the government said.

SP takes on RSS chief after his ‘no cas...

WPL to be held in Mumbai from March 4-26

A series victory in India is bigger than Ashe...