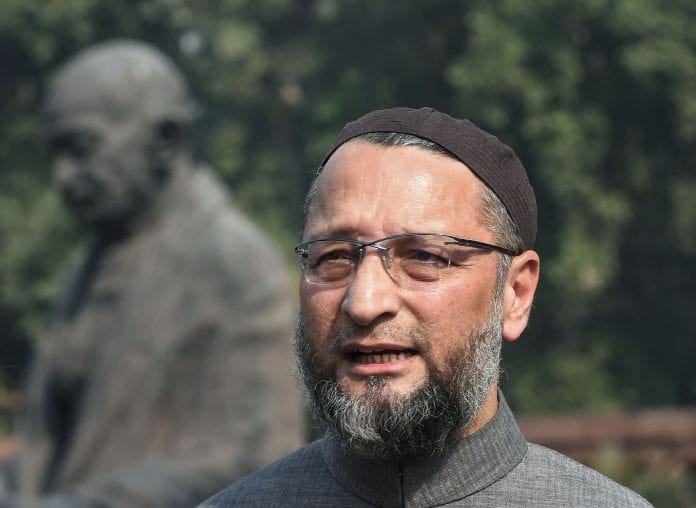 Voters in Tamil Nadu have clearly seen through the ploy of parties like the AIMIM which are out to divide the secular front in the state. File Photo

The All India Majlis-e-Ittehadul Muslimeen (AIMIM) led by Asaduddin Owaisi has come a cropper in the Tamil Nadu Assembly by-elections. The people by large rejected the Nellai Mubarak-led Social Democratic Party of India (SDPI) and the AIMIM as part of the Amma Makkal Munnetra Kazhagam (AMMK). Owaisi’s party contested three seats, and the SDPI six in this alliance, but they not only drew a blank but also registered a dismal performance.

The AIMIM had participated in Bihar elections and cut into in the minority votes that traditionally went to the RJD-Congress alliance. It affected the prospects of the alliance in nearly 20 constituencies and played a spoiler.

Opposition parties blamed the AIMIM and accused it of being the BJP’s ‘B team.’ In Telangana, the AIMIM has been charged with splitting the minority votes which traditionally went to the Congress, indirectly helping the BJP.

The AMMK role in the Assembly elections has come under scrutiny as the party is seen to be moving towards the BJP camp ever since TTV Dhinakaran, a nephew of Sasikala Natarajan, made a “secret” visit to Delhi by a special aircraft during the Covid-induced lockdown last year, ostensibly to meet top BJP leaders. Dhinakaran has not denied the visit or his meeting with “certain political leaders” in Delhi.

Sasikala Natarajan, who was earlier expected to play a prominent role in opposing the AIADMK in the Assembly elections upon her return from Bengaluru jail (after completing the prison term in the disproportionate assets case) suddenly decided to lie low. This was seen as an effort by the BJP to persuade her to prevent a split in the AIADMK vote-bank.

BJP’s top leaders, including PM Modi and Home Minister Amit Shah, reportedly advised AIADMK leaders to accept Sasikala and her family members back in the AIADMK or at least have an alliance with the AMMK to consolidate the AIADMK vote-bank and prevent the DMK from making gains.

However, the AIADMK leadership refused to have any truck with Sasikala or the AMMK in the elections. The BJP, therefore, adopted a new strategy of the AMMK cutting into the DMK vote-bank rather than the AIADMK vote-bank by fielding and promoting candidates belonging to the minority communities. It was in this context that the AMMK invited Owaisi to Chennai and agreed to include the AIMIM in its alliance, allotting three seats to that party. The AMMK also allotted six seats to the SDPI, to strengthen its appeal to the Muslim community and preempt a consolidation of the minority votes in favour of the DMK-led alliance.

Also read: The importance of being Asaduddin Owaisi

However, despite this strategy, the AMMK could not win any seat. The DMK won the Alandur, Ambur, Madurai Central, Palayamkottai, Thiruvarur, Tiruchirapalli West and Sankarapuram seats, making a total of seven of the nine seats where the AIMIM or the SDPI put up candidates as part of the AMMK-led front.

In the Krishnagiri constituency, the AIADMK (45.38 % of vote share) won, narrowly defeating DMK (45.01 %) by 794 votes (0.37 %), with the AIMIM polling only 858 votes but 0.41 per cent of the votes which was slightly more than the victory margin of the AIADMK. This was the only seat where the AIMIM could disturb the DMK-led front.

T.S. Vakeel Ahmed of the AIMIM had secured 10,117 votes in the 2016 Assembly elections from the same constituency. This perhaps prompted the AMMK to allot the seat to the AIMIM. However, this time he could secure only one-fifth of the votes he got in 2016 for the AIMIM.

Therefore, it could be said that the minority alliance of the AIMIM and SDPI could not thwart the efforts of the DMK-led front in the seats that it contested or elsewhere in the state.

The AIMIM secured only 3,134 in all in the three constituencies of Krishnagiri, Sankarapuram and Vaniyambadi, an average of 0.53 per cent of the popular vote in these constituencies.

In the case of SDPI, it fielded candidates in the constituencies of Alandur, Ambur, Madurai Central, Palayamkottai, Thiruvarur and Tiruchirapalli West, and got a total of only 28,051 votes, which is an average of only 2.67 % of the popular votes in these constituencies.

The minorities have voted overwhelmingly in favour of the DMK-Congress secular alliance to defeat the forces of fundamentalism, and have resorted to strategic or tactical voting to ensure their objective. They have clearly seen through the ploy of parties like the AIMIM which are out to divide the secular front in Tamil Nadu. That is the message from Tamil Nadu where the secular front is on a strong, solid foundation, nurtured by joint agitations, protests and demonstrations on various issues.

Battle lines are drawn as DMK, BJP gear up to woo western TN