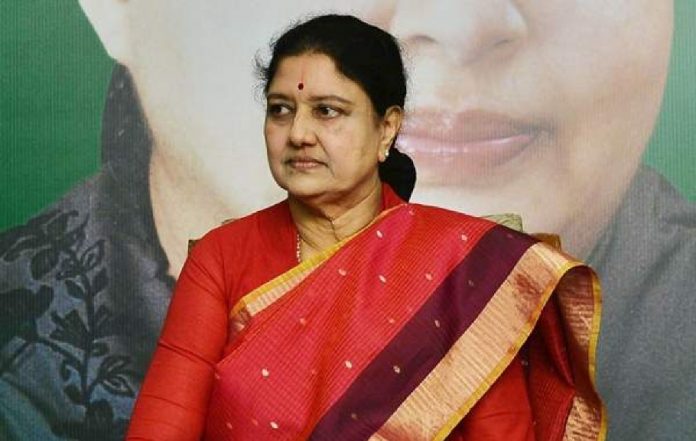 V K Sasikala, whose release from jail had given rise to speculations that she would return to the AIADMK ahead of the Tamil Nadu assembly elections, has put an end to such talks by announcing that she is quitting politics and public life.

She asked her supporters to work unitedly to ensure the “golden rule” of former chief minister and AIADMK general secretary late J Jayalalithaa returns to the state, in what would come as a relief to the party’s leaders especially chief minister Edappadi Palaniswami.

Also read: AIADMK moves ahead – with or without Sasikala

Sasikala, who became the party’s chief after Jayalalithaa’s death in 2016, said she never aspired for power. “Even when Jaya (J Jayalalithaa) was alive, I never desired power or position and I don’t after her death. I am quitting politics. I pray that her party wins, and her legacy lives longer,” she said in a statement released on Wednesday (March 3).

The announcement came as a jolt to her supporters. She urged the “true supporters of Amma” to work like siblings and ensure Jayalalithaa’s “golden rule continues.”

“I will stay away from politics and keep praying my sister Puratchi Thalaivi (Jayalalithaa), whom I consider as god, and the lord almighty for the establishment of the golden rule of Amma,” she said in the statement.

She appealed to Jayalalithaa’s “true supporters” to work unitedly in the April 6 elections and prevent the “common enemy”, the DMK, from coming to power.

Sasikala, who was removed as the AIADMK general secretary, spent four years in jail in Bengaluru in a disproportionate assets case. On her release on January 27, her supporters had accorded her a warm welcome, making the AIADMK top brass jittery. She flaunted an AIADMK flag on her car during her return to Chennai on February 8, in what was seen as a challenge to chief minister Edappadi Palaniswami and the AIADMK.

Speaking to media during her return, the 66-year-old, also known as Chinamma, said she’ll “enter full-fledged politics”. Her subsequent political moves, including the stand of the AMMK floated by her nephew TTV Dhinakaran, ahead of the polls were keenly awaited by observers and political parties alike in the state.

She had even filed a fresh application in a Chennai court against Edappadi Palaniswami and his deputy O Panneerselvam in an attempt to reclaim the top post of the AIADMK. The case was to be heard on March 15.

The party, however, had maintained that she would be a non-factor in the assembly elections and had held seat-sharing talks with allies without her involvement in any manner.