A stunned world has witnessed how the Taliban in a matter of days simply squashed the Afghan National Army, and blew it away, before entering the capital, Kabul, and grabbing power.

Contrary to Western intelligence agencies which predicted stiff resistance by the Afghan military to last at least for around three months, it turned out that the soldiers may as well have been made of cardboard – for the Taliban had no trouble simply knocking them off their path. Before Kabul finally fell on August 15, the Taliban had captured at least 10 provincial capitals within a week. Four of these were handed over to the Taliban by the Afghan army without a fight.

Going by various accounts, it appears that the $88 billion worth funds the United States spent in building the Afghan National Defense and Security Forces (ANDSF) eventually proved to be an exercise in hype, inefficiency and an abysmal failure.

The defeat highlighted the failure of the US to create a fighting force in the image of its own highly professional military with a motivated, well-trained leadership, high-tech weaponry and seamless logistical support, according to a Reuters report.

Even the figure of 307,000 touted by some reports as the strength of the Afghan army is largely a guesstimate. Since 2017, the US government has stopped releasing the details of the Afghan army, placing them under classified information. The reason for this has been the utter failure in the matter of training and retaining personnel. And, successive governments in Washington have tried to avoid embarrassment.

The Afghan army was made up of personnel for whom it was just another ”job”,  sought after since it guaranteed security and money in a country where it was difficult for the common people to earn a regular, normal livelihood. But once in the army, the motivation flagged and few retained the spirit to battle. This was partly because funds would not reach the army on time and many soldiers had to go without salaries for months on end besides facing food shortages and having to live in desolate areas with no succour.

It appears in many cases, local commanders in some of these far-flung areas struck private deals with the Taliban and deserted their posts, leaving behind valuable military equipment for the Taliban’s taking. 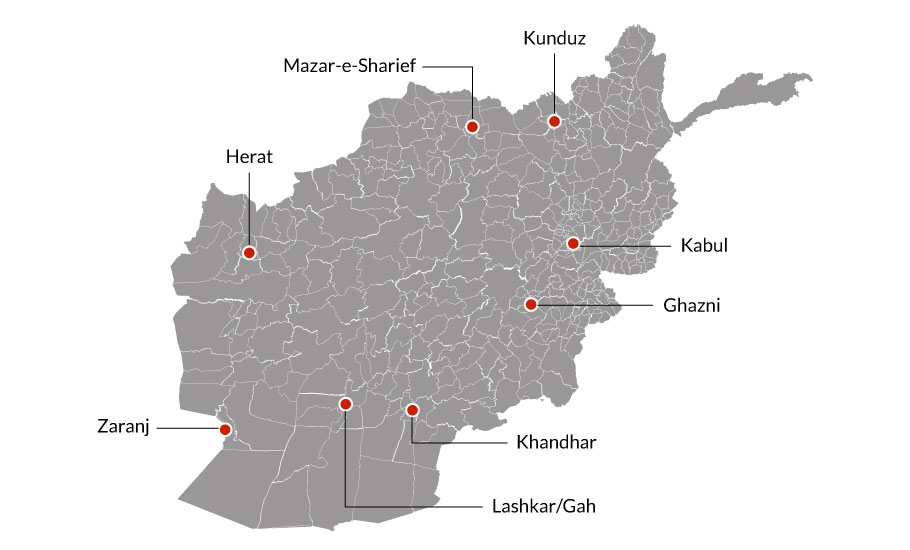 The situation within the army turned out to be so desperate that in many cases the soldiers would run away with expensive equipment (which in most cases would probably have reached the Taliban for a price) amidst rampant indiscipline. For the outside world, it looked as if the US, reputed for its military prowess, was building a vibrant army. The reality was completely different. Soldiers, for one, lacked the commitment and the will to fight the Taliban.

Many were posted in places far away from their homes with the result they ran back home at the first opportunity. In other words, desertions were rampant. In many cases, soldiers reportedly had no respect for the government of Ashraf Ghani and did not trust that the government in Kabul would do any good.

As if this were not enough, corruption was widespread and there were “ghost soldiers” on the rolls, meaning the registers were filled with fictitious names.  According to a report in The Politico, quoting officials involved in training the Afghan army, the “ghost soldiers and police” who existed merely on the payrolls of the defence forces was evidence of deep-rooted corruption and low morale.

Some accounts from the ground pointed to a huge gulf between the US trainers and the Afghan trainees in the level of education and the grasp of modern-day fighting techniques. Training half-literate soldiers in a country rife with lack of education reportedly made it difficult for the Americans to get across larger managerial issues required to successfully carry out battle including organisational issues, maintenance of equipment and providing logistical support to men in the field.

Until the US military personnel were around, the hollowness of the Afghan army was not totally exposed as the forces on the ground were protected by American air power. The situation for the Afghan army turned grim after the US under former president Barack Obama stopped direct combat operations by December 31, 2014. After that, the US only provided logistical support including precious air cover for the Afghan army soldiers.

Apparently, the last time the US troops came to the rescue of the Afghan army was in Helmand province in February 2020, after the peace deal was signed with Trump, when it used fighter aircraft to ward off a Taliban attack.

The withdrawal of the US forces, however, was particularly swift after the February 2020 peace deal between the Taliban and the erstwhile Donald Trump administration. By September of that year, when the Taliban and the Afghan government entered direct talks, the US had drastically reduced their troop strength.  When US president Trump handed over power to the current incumbent Joe Biden earlier this year there were just around 2,500 US troops in Afghanistan.

Since then, however, the US did not majorly intervene in any further attack. This was particularly so since Biden announced there was no going back on Trump’s decision. The new president merely extended the final date of withdrawal from May to September 11.

The Taliban, on the other hand, had an estimated 60,000 personnel – a compact force and fighting fit. According to analysts, the Taliban generally lacked high-technology weapons but seemed financially stable and cohesive as a group. The group built its arsenals by picking up weapons abandoned by the fleeing Afghan army and raiding US supplies. Though the US had taken away hi-tech military equipment when they withdrew they left behind a mass of mid-level weaponry for use by the Afghans. For the Taliban, these turned out to be easy pickings.

It was no surprise that low in morale and commitment, the Afghan forces hardly fought against the advancing Taliban. With the US withdrawing logistical support including air cover, the Taliban had no trouble over-running Afghan army lines.

Private defence contractors employed by the US for a while managed to shore up the Afghan army’s spirit and fighting capability. But when they withdrew along with the US defence personnel there was literally no one to guide the Afghan army. The training that was hyped up to give the impression that the Afghan army was fighting fit and ready to take on the Taliban proved to be a hoax. Already, pressure is building up in the US for an inquiry into how the billions in funds for the Afghan army training were actually used.

In the end, an astounded world watched as the Afghan army melted without a fight while the Taliban sauntered into Kabul and took over the presidential palace and with it, the key to ruling Afghanistan.