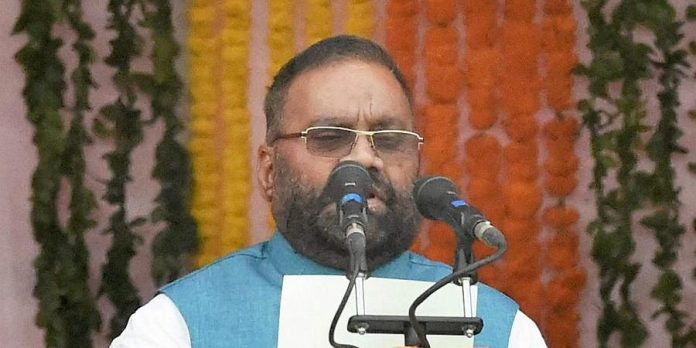 Three other BJP MLAs, Brijesh Prajapati, Bhagwati Prasad Sagar and Roshan Lal Verma, too followed Maurya – a prominent backward caste leader who had quit the BSP to join the BJP ahead of the 2017 Assembly polls and earned the reputation of an electoral weathervane – into the SP.

The significant attrition of these backward community lawmakers, most significantly that of Maurya, from the BJP to the SP came at a time when the saffron party’s central and UP leadership were huddled in a meeting in New Delhi to finalise candidates for the initial phases of the assembly polls that will start in the state from February 10.

Maurya’s defection should worry the BJP, which has been hoping to buck the nearly three-decade-old trend of UP voting out its incumbent government every five years. Maurya is an important leader of his community – the agrarian backward caste Koeri/Koiri (identifiable from surnames like Maurya, Kushwaha, Shakya, etc. and different from the Dalit sub-caste of Koris, a community traditionally engaged in weaving).

It is widely acknowledged in UP’s political circles that a major reason that propelled the BJP to power in the state in 2017 was its concerted wooing of the non-Yadav backward community voters. The OBCs, Yadavs and non-Yadav communities like Kurmis, Koeris, Lodhs, Nishads, Rajbhars, etc. collectively comprise nearly 45 per cent of the UP electorate.

The Yadavs constitute a bulk of the OBC vote bank (nearly 10 to 12 per cent) and, with the exception of the 2014 and 2019 Lok Sabha polls and the 2017 assembly polls, have largely stood behind the SP. The non-Yadav OBCs, once a strong voting bloc of the SP, had begun to switch political affiliations in a major way since the 2007 assembly polls when they voted in large numbers to help Bahujan Samaj Party’s (BSP) Mayawati form her first majority government.

Though they consolidated behind the SP to give Akhilesh Yadav his first chief ministerial stint in 2012, by 2014 – and more substantially in 2017 and 2019 – the non-Yadav OBCs had begun to put their faith in the BJP. A major reason for this switch of loyalties was, as many political analysts and even SP leaders have conceded numerous times, the impression among these sub-castes that their social, economic and political fortunes saw no uptick under the previous SP and BSP regimes that only worked for the benefit of the Yadavs and the Jatavs (the Dalit sub-caste that Mayawati represents) respectively.

Maurya’s switch to the BJP in 2017 had come at a time when the BJP was aggressively consolidating its position among the non-Yadav OBCs and the non-Jatav Dalits while simultaneously tightening its hold on its traditional vote bank of upper caste Hindus (Brahmins, Thakurs and Banias) who collectively comprise close to 20 percent of the UP electorate. 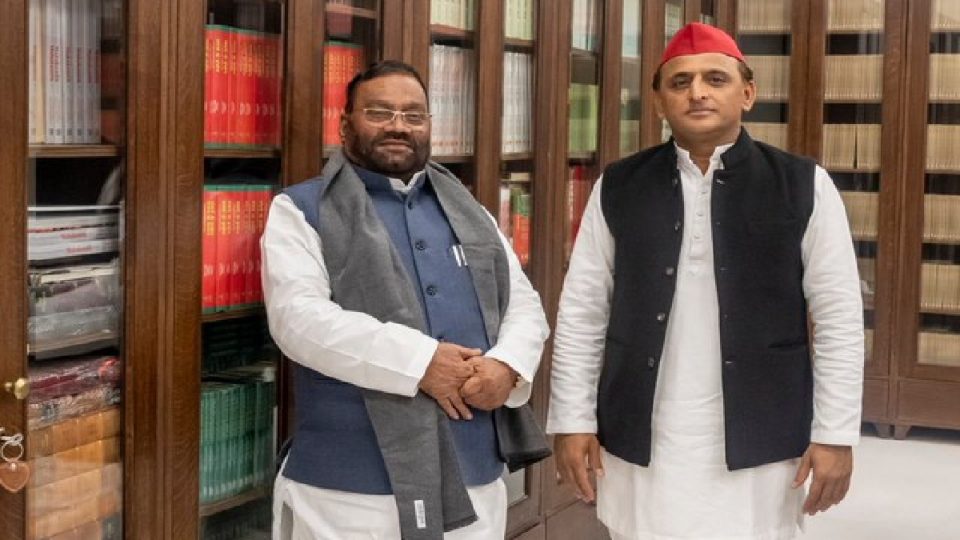 The BJP was led into the 2017 UP polls with Prime Minister Narendra Modi as its prime vote catcher but the party’s parallel effort to court the non-Yadav OBCs was made through two significant Maurya community faces – the then state BJP chief Keshav Prasad Maurya, a dyed-in-wool RSS man – and Swami Prasad Maurya, who was imported from the BSP after he alleged that Mayawati was “selling tickets”.

The effort had paid rich electoral dividends for the BJP, providing the party its unprecedented absolute majority of 313 seats in the 403-member UP Assembly. However, five years later, while the Yadavs are believed to be returning en bloc to the SP, widely seen as the BJP’s principal challenger in the upcoming polls, the non-Yadav OBC vote bank too seems to be undergoing a massive churn.

“There is a huge amount of resentment among most backward and Dalit communities who had voted for the BJP in large numbers during the past election. The anger is perhaps more widespread among the Dalits as Adityanath’s government has been infamous for rising atrocities on the community. Among non-Yadav OBCs there is growing disaffection with the BJP as these sub-castes believe that their stock has not improved under the present regime. Akhilesh is adopting the same strategy to win back the non-Yadav OBC vote that the BJP had used in 2017. He is stitching up alliances with caste-identity parties who like OP Rajbhar’s SBSP, Keshav Dev Maurya’s Mahan Dal and Krishna Patel’s Apna Dal (a breakaway faction of the party, helmed by Krishna’s daughter Anupriya continues to be a restive BJP ally). Simultaneously, Akhilesh is also breaking away non-Yadav OBC leaders from the BSP, Congress and BJP who have strong pockets of influence in different parts of the state,” explains Satish Kumar Rai, former professor and head of the department of political science at Varanasi’s Kashi Vidyapeeth.

SP insiders told The Federal that at least a dozen other OBC leaders from the BJP, including at least two sitting ministers and six MLAs, are presently in touch with Akhilesh Yadav and may switch to his party in coming days after making predictable damning outbursts against Adityanath and the BJP. Swami Prasad Maurya’s switch, said these SP sources, is also aimed at creating a split in the Maurya community’s vote bank.

Unlike most other non-Yadav OBCs, the BJP’s support among the Maurya community, said SP sources, was still substantially intact because the ruling party had stridently promoted Keshav Prasad Maurya as its backward caste face over the years. However, both Keshav Prasad Maurya and Swami Prasad Maurya (the two are not related) had, say BJP sources, never developed a good working relationship with Adityanath.

“When we won the elections, Keshav Prasad was the state BJP chief and a frontrunner to be the CM, along with Manoj Sinha (the current Lieutenant Governor of Jammu & Kashmir). At the last minute, the party decided to make Adityanath the CM and Keshav Prasad was forced to accept the deputy CM’s post. Swami Prasad was also made a minister and his daughter was later given a ticket in the 2019 Lok Sabha polls and she won a tough contest. Despite the RSS and central leadership’s attempts, neither Keshav Prasad nor Swami Prasad warmed up to Adityanath over the last five years. Now Swami Prasad has quit while Keshav Prasad is still hoping for a miracle that will make him the CM if we come back to power but his differences with Adityanath are an open secret,” a senior BJP minister in the Adityanath government told The Federal, while requesting anonymity.

The BJP has, of late, been trying to give Keshav Prasad more prominence in its campaign. Though the state has two deputy CMs, the other being Dinesh Sharma, it is Keshav Prasad who usually stands in for making important political statements when Adityanath – or Modi – aren’t making them.

Last month, Keshav Prasad had triggered a controversy with his Ayodhya-Kashi bhavya mandir nirmaan jaari hai, Mathura ki tayyari hai (grand temple construction is underway in Ayodhya and Kashi, preparations are on for the same in Mathura) slogan that was seen as incitement for a Babri Masjid-like demolition of a Mughal-era mosque in Mathura. However, the deputy CM’s problems with Adityanath are openly talked about in UP’s political corridors amid speculations that the public perception of Keshav Prasad being regularly slighted by Adityanath will harm the BJP in seats where the Maurya community holds sway.

BJP sources also say that though Keshav Prasad Maurya, despite differences with Adityanath, will never desert the party, the electoral benefits that the party hopes to reap among the Maurya community riding on his political clout may not substantially offset the damage Swami Prasad’s exit is expected to cost the saffron party.

“Keshav Prasad is popular but his clout is largely restricted to parts of eastern UP, areas adjoining Allahabad, where we are already facing heavy anti-incumbency due to rising prices and unemployment. Swami Prasad, on the other hand, not only has influence in eastern UP pockets around Kushi Nagar, Maharajganj and Deoria but also in western, central and Bundelkhand regions of the state because he developed a following among the non-Yadav OBCs here during his long stint in the BSP,” says the BJP minister quoted earlier.

Swami Prasad, say SP sources, has also assured Akhilesh of getting more BJP legislators from the OBC community to defect in the run up to the polls; particularly those who may be denied tickets by the BJP.