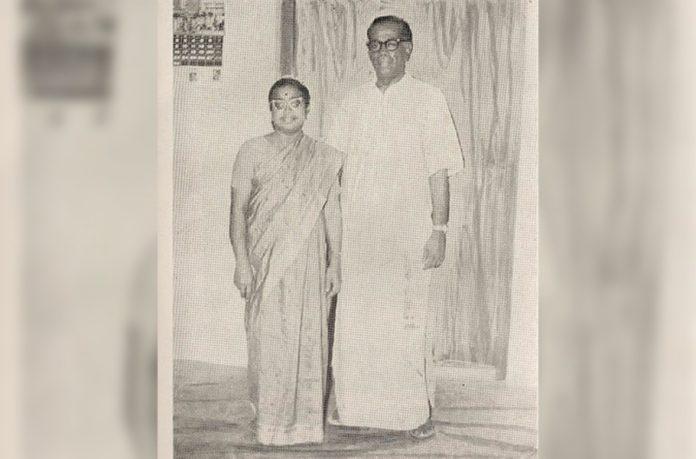 When All India NR Congress leader Chandira Priyanga joined the N Rangasamy-led coalition cabinet in Puducherry on Sunday (June 27), the 32-year-old became only the second woman minister in the Union Territory’s history.

The daughter of Chandrakasu, former speaker of the Puducherry assembly, Priyanga followed in the footsteps of the late Congress leader Renuka Appadurai, who was the first woman minister from the UT during 1980-83 and handled the education portfolio in the DMK-Congress coalition government.

In covering the ascension of Priyanga to the cabinet position, the media have rightly recalled her predecessor’s services to the Union Territory. But there is a third woman whose name is missing from the discourse, whose life and work inspired a generation a woman.

Saraswathi Subbiah was one of the first women in Puducherry to raise her voice for women’s rights and suffrage.

From 1523 to 1815, Puducherry was under the control of various colonists: the Portuguese, the Dutch, the British and lastly the French. Saraswathi was the wife of Communist leader V Subbiah, who led the UT’s freedom struggle against the French colonialists. If Subbiah battled for political independence, Saraswathi fought for the social independence for women.

Saraswathi was the second child of Sadagopan and Sudamani. She was born on October 22, 1924, at Arni, in Vellore. A bright child in school, she completed her intermediate, but the Second World War interrupted her higher studies.

After marrying Subbiah in 1943, Saraswathi came to Puducherry. Within four months of their marriage, Subbiah was pushed to go into exile. So she returned to Vellore and came back to the Union Territory only in 1945.

In 1946, Saraswathi formed the ‘French Indian Women’s Association’ and organised an all-women conference on April 9. It was claimed that the conference was attended by more than 10,000 women. According to A Lakshmithathai, a historian of the Union Territory, the association was the first registered organisation in the history of Puducherry. In 1950, the UT gave voting rights to women.

“My mother, Dhanalakshmi, led a team of women from our village Shanmughapuram and other surrounding places to the conference. Everyone wore a red-coloured sari. It was at this conference that the demand for women’s suffrage was raised by Saraswathi,” Seenu Thamizh Mani, a writer and environmental activist in Puducherry, told The Federal. “It was also here that resolutions calling for full independence for the Union Territory and equal wages for both genders were passed,” he said.

In 1959, Saraswathi contested from Cassucadai constituency and was elected to the Puducherry Representative Assembly. She was the first woman to be elected to the assembly and served from 1959 to 1964. Between 1968 and 1978 she served as the first female deputy mayor. Saraswathi died on June 4, 2005.

“Saraswathi showed great interest in creating awareness about the importance of local body elections. A strong ideologist till her death, Saraswathi led a simple life. It is difficult to see such leaders today in the party,” said Muthukannu, a trade unionist.