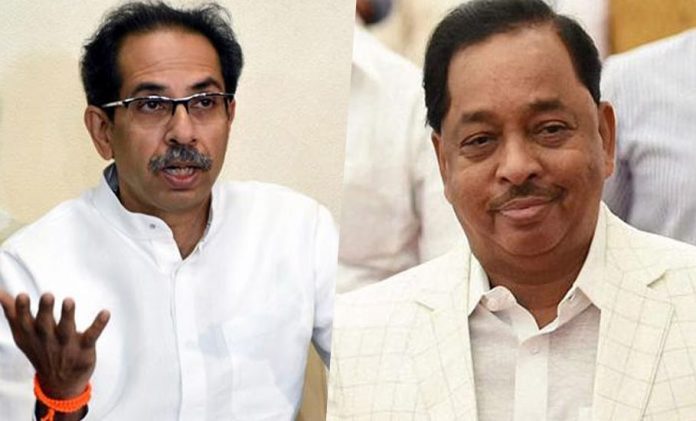 Rane has been unsparingly harsh on the Thackeray family ever since his ouster from Shiv Sena in 2005.

At the centre of ‘slap Thackeray’ controversy is the fact that Union minister Narayan Rane was an old Shiv Sainik who had a fallout with the Thackeray family.

Having been ousted for his open disapproval of the family way back in 2005, Rane took several detours before finding a place in the other saffron camp of the BJP in 2019.

And for the BJP, which has its eyes on the civic polls in Maharashtra, what better way to break the Sena than use an old Sainik.

A staunch rival of Chief Minister Uddhav Thackeray, Rane has has been unsparingly harsh on the Thackeray family. He has never minced words in attacking Uddhav Thackeray and has also targeted the chief minister’s wife, Rashmi, and son Aaditya.

Out on bail now, the Union Minister would have certainly not thought that his PM-inspired Janashirwad Yatra that began on August 16 would also include his ignominious arrest.

Three FIRs later, Rane is now left to nurse his wounds. He strained his nerves to tell a news channel on August 24 what he had meant at a Raigad public meeting.

“If (remember the stress) the CM Uddhav Thackeray did not remember the count of years since Independence Day, and had he been there, he would have slapped him. I never said I would straightaway slap him”.

His remarks have been seen as a personal attack against Thackeray with the Sena leaders holding street protests against him.

Here’s Rane’s journey to the top in Maharashtra and what the BJP expects from him:

The BJP has primed the 69-year-old Rane to oust the Shiv Sena from the country’s richest civic body, the Brihanmumbai Municipal Corporation which it has been controlling since the 70s except briefly in the 90s.

Rane, who is Union minister of micro, small and medium enterprises, and three other Union ministers from Maharashtra—Bharati Pawar, Bhagwat Karad and Kapil Patil—have been asked to hold the Janashirwad Yatra.

“BJP will return to power. We will ensure the end of three decades of Shiv Sena regime in BMC,” he has said.

With over a dozen civic bodies, including the ones in Mumbai, Thane and Navi Mumbai, set to go to polls early next year, the yatra is being seen as an early BJP campaign.

Rane started his yatra by paying floral tributes at the Bal Thackeray memorial in Shivaji Park in Mumbai.