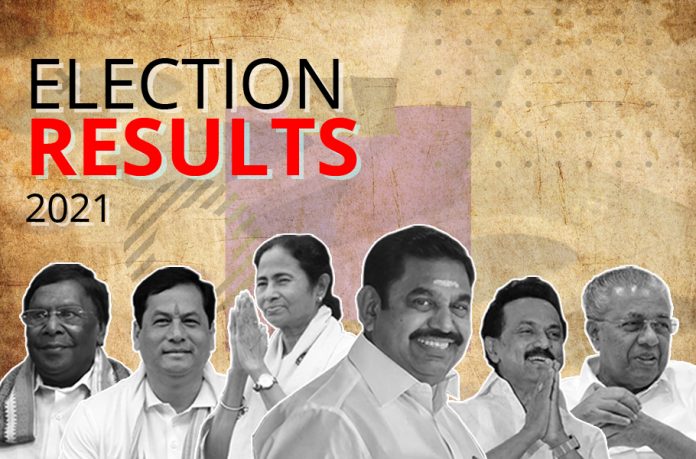 MK Stalin’s DMK looks on course to win Tamil Nadu with a significant majority. At 5.50pm, the party and its allies were ahead in 145 seats. The DMK alone was either leading or had won 121 seats, four more than the majority mark of 118.

The Left Democratic Front looks set to have a majority in the Kerala assembly. As of 4.45pm, the ruling alliance was leading in 95 seats, while the Congress-led United Democratic Front was ahead in 44, according to NDTV. It is the first time in 40 years that a ruling party is going to return to power in the state.

The people of Assam seem to have reposed faith in the BJP-led alliance. As of 4.55pm, the saffron-party alliance was ahead in 76 seats, while the Congress-led coalition was leading in 45.