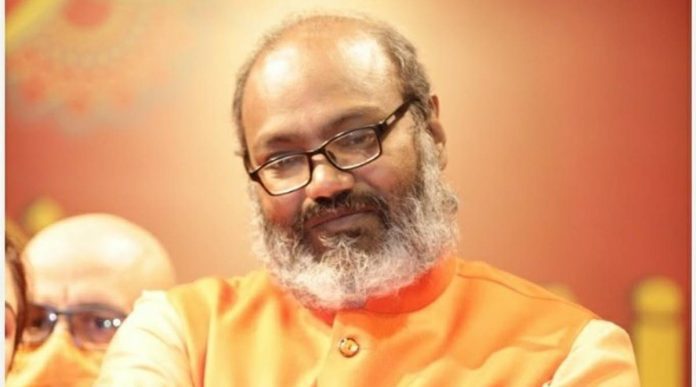 Members of the global Indian diaspora and citizens in many countries have voiced concerns over alleged inflammatory and provocative speeches against Muslims at an event in Haridwar and demanded immediate arrest of those responsible for what they called genocidal hate speech at the conclave.

The statement also criticised the government over its failure to arrest those responsible for genocidal hate speech at the Haridwar Dharam Sansad.

The common call of the global Indian diaspora who initiated the global action was for the immediate arrest of Yati Narsinghanand and the Dharam Sansad speakers, it added.

Held in Haridwar from December 17-20, the Dharam Sansad was organised by Yati Narasimhanand Giri of the Juna Akhada, who is already under police scanner for making hate speeches and inciting violence against Muslims.

At the event, several speakers allegedly made inflammatory and provocative speeches, calling for the killing of people from the minority community.

Two FIRs have been lodged against 15 people in the case, including Waseem Rizvi who changed his name to Jitendra Narayan Tyagi after converting to Hinduism recently and organiser of the Sansad, Yati Narasimhanand, the head priest of Dasna temple in Ghaziabad.

A five-member Special Investigation Team has been constituted to look into the matter. “We have constituted an SIT. It will carry out a probe. If solid evidence against those involved is found, appropriate action will be taken,” Garhwal DIG KS Nagnyal had said.

Several Opposition leaders, including those from the Congress and the Trinamool Congress, have condemned what they said was a “hate speech conclave” and called for strict action against those involved.

Also, retired police officers, including former DGPs of Uttar Pradesh and Haryana, have written to Chief Minister Pushkar Singh Dhami describing the Sansad as a blot on Uttarakhand’s long tradition of peaceful coexistence of different religions.