What coronavirus pandemic taught us: Risk hai to ishq hai 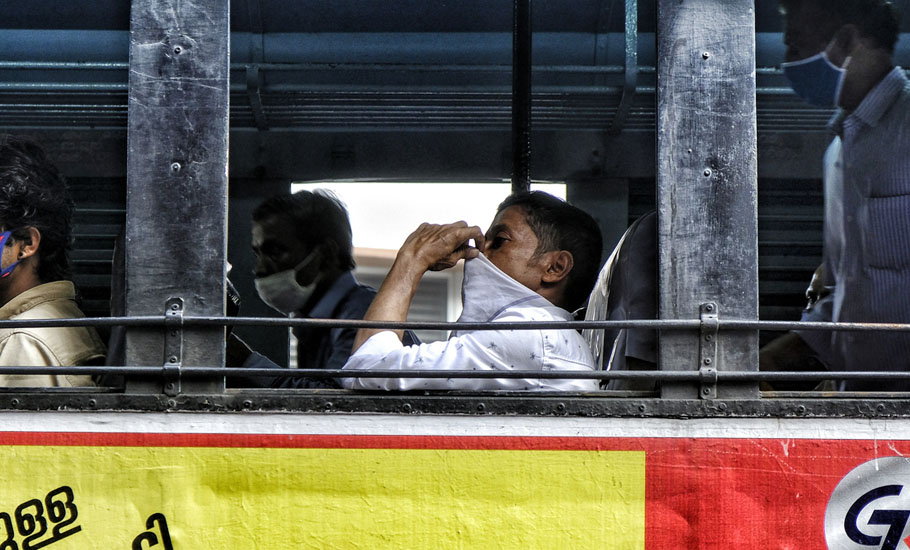 At the height of the coronavirus pandemic, most Indians, regardless of the gender, had grown colourful beards. But, unlike the Indian Prime Minister, who unwittingly practised the idea of imitation being the best form of flattery by looking more and more like Hindutva ideologue Guru Golwalkar, Indians didn’t embark on hirsute pursuits. They just repurposed face masks into a cross between a beard and a cravat, allowing them to sit on their chins while they were alone, and pulling them around the neck when they had company.

For most part of the year, Indians wore their masks exactly the way Bill Clinton was rumored to wear his trousers during the Monica Lewinsky era--to keep the wrong part covered. Wearing a mask on the chin, trousers on the ankles in the Oval office, and latex on fingers is daft. But, then, what is a bout of viral pneumonia compared to the inconvenience of guarding the nose. After all, as Harshad Mehta was to remind us later in that brilliant docudrama titled The Scam, ‘risk hai to ishq hai.’

I Ah, well! Where there is risk, there is love for life

From the very beginning of the pandemic, Indians took Mehta’s mantra seriously. On the day the PM announced a countrywide lockdown, for instance, many Indians did the exact opposite of locking themselves up in fear. They formed long queues outside booze shops, making everyone believe that when the PM mentioned corona, he actually meant a brand of beer.

IIIndia had declared its appetite for drink and risk

Not every risk, of course, is optional. Some risks have to be taken because of what we are----domesticated primates afraid of venturing too far from home. Humans, as we must have realised during the pandemic, have a fascinating weakness for their roots and dread the idea of dying away from home. In times of crises, their first yearning is for home, even if where they are is a much better, safer and posher place. Perhaps, home for us is a metaphor for security, the final resting place. After all, in the Indian way of life, even gods like Ganpati and Vishnu return home in the end.

So, we witnessed the pathos of the greatest migration in the history of the 21st century as thousands of people put their lives at stake to go back home, on foot, on bicycles, on packed trains, and Vande Bharat missions flown by airlines. Nobody knows how many paid with their lives, or contributed to the death toll around them by taking this risk. But the pathos of the migration underlined a poignant truth--we fear loneliness, separation from family more than anything, even death.

Years from now, when the history of the pandemic is written, historians would marvel at the riddle called human behavior. Generations to come would scarcely believe that stock markets around the world hit new highs during the pandemic, and smart investors created tremendous wealth during the gloom and doom.

On March 23, for instance, if you were not daft enough to queue up outside booze shops and instead buy blue chip stocks that were on fire sale and the indices were in free fall, your investments would have almost doubled. Imagine, a two-fold increase in wealth in just six months when the same investment parked in a bank would have taken 12 years to double!

You see, risk too has its own dynamics and economics. In the context of the stock market, if too many people are willing to take a risk, it no longer remains a risk. Let me illustrate.

When the stock markets crashed on March 23, and later again in April, millions of new investors--labeled Robinhood after a brokerage in the US-- jumped into the market, eager to gobble up quality stocks, willing to risk their savings for a shot at wealth. According to one estimate, more than 2.4 million demat accounts were opened in India between April and June, the period when stocks were available at huge discounts. Suddenly, so much money was chasing the stocks that their prices started rocketing (the usual demand and supply game) and the indices, instead of going down because of fears of recession, rising unemployment and market fundamentals, kept going up.

Guess how much money investors made between April and December? The total value of the companies listed in the stock markets is estimated to be around 200 trillion. In March, when the market fell, it had fallen to around 110 trillion. So, in 8 months, investors made around 90 trillion.

Harshad Mehta would have been happy.