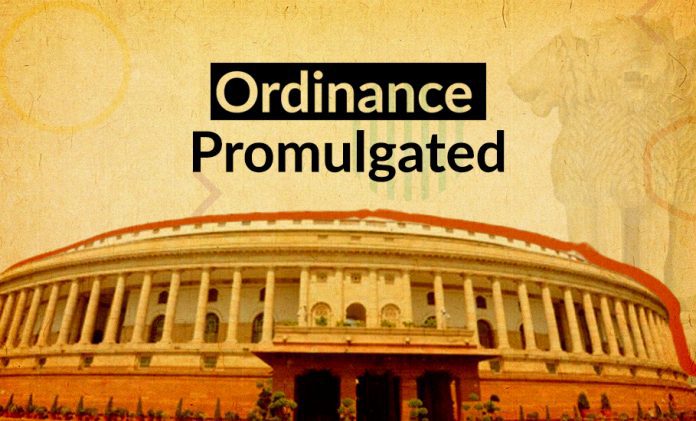 On November 26, Constitution Day, Prime Minister Narendra Modi once again cautioned Indians against the “dangers to democracy”. An appraisal of the Modi government’s track record vis-à-vis a fundamental role of the Legislative in the functioning of India’s parliamentary democracy – transaction of legislative business – may, thus, not be out of place. After all, the venue of Modi’s speech was the Central Hall of Parliament and the occasion was the anniversary of the adoption of the Constitution of India by the Constituent Assembly on November 26, 1949.

On November 14, a fortnight before the scheduled commencement of the winter session of Parliament and 12 days before the Constitution Day, President Ram Nath Kovind, on the advice of the Modi government, promulgated two ordinances. These ordinances – Central Vigilance Commission (Amendment) Ordinance 2021 and Delhi Special Police Establishment (Amendment) Ordinance 2021 – envisage granting the Centre powers to extend the term of directors of the Central Bureau of Investigation (CBI) and the Enforcement Directorate (ED) for up to an additional three years above the minimum Supreme Court-mandated tenure of two years.

The criticism of these ordinances has largely been on two grounds. First, the apprehension that by granting itself powers to decide whether chiefs of the two investigating agencies merit extension of service after completion of their two-year fixed tenure, the Modi regime was further strengthening its grip on the CBI and ED. Second, and more importantly, use of the ordinance route on an issue that prima facie does not fulfil the constitutional requirement of the Executive using such promulgation only under circumstances “which render it necessary for immediate action” – and that too when a session of Parliament was only 15 days away.

Senior advocate and Congress’ Rajya Sabha MP Abhishek Singhvi says the only purpose that the ordinances on the CBI and ED chief serve is to “take these institutions from discipline and upholding the rule of law to dutifulness to their political masters…the introduction of these ordinances just two weeks ahead of the Parliament session is an attempt at sabotaging, sidestepping, skirting the institution of Parliament.”