Why do we spend millions of rupees on space explorations, say for example mission Chandrayaan-2? What is the urgency to know how and when the Moon was formed when a sizeable chunk of the Indian population struggles to get clean drinking water and enough food to eat? There are many of the view that astronomy and space exploration have no direct relation to life on Earth and may even be a misplaced priority.

As Chandrayaan-2 speeds towards the Moon, some wonder whether politics is driving space exploration. It is definitely something to consider as this mission will make India only the fourth nation in the world to soft land on the satellite. And no one can deny the role of politics in the field after the Cold War, when the United States and the erstwhile Soviet Union competed to put the first man in space and have the first man walk on the Moon. However, the motivation is not entirely political. 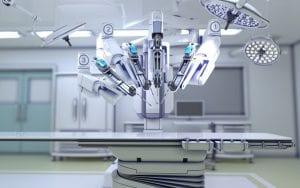 The technology for robotic surgery was initially developed for the International Space Station. Photo: iStock[/caption]

Oxygen leak on ISS, Russians say ‘no reason to panic’

Mission Hayabusa: What a Japanese hunt for asteroids reveals about E...

A celestial spectacle of Jupiter and Saturn is set to unfold after 4...