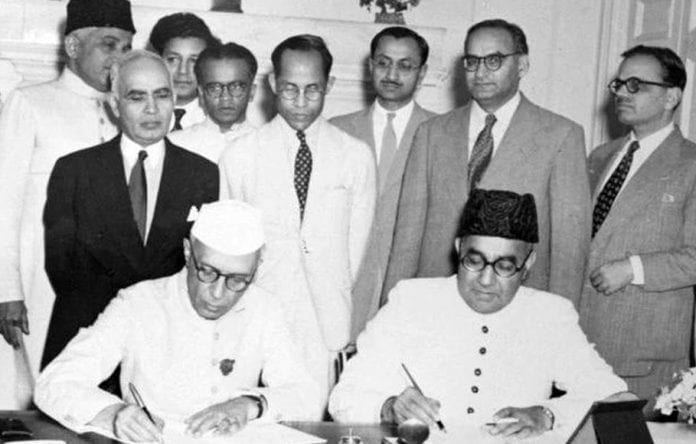 In the history of every nation, there are events that continue to shape its destiny. For Germany it is Nazism, for America it is the Civil War, for Russia it is the Russian Revolution and for India it is Partition.

A major event that shaped the destiny of post-Partition India was the Nehru-Liaquat pact, signed nearly 70 years ago by former Indian prime minister Jawaharlal Nehru and Liaquat Ali Khan, one of the founders of Pakistan, to preserve minority rights in both the countries following a riotous Partition.

India’s Home Minister Amit Shah recently cited the pact and its failure in ensuring the rights of minorities, to defend his government’s contentious Citizenship (Amendment) Act. But, the situations leading up to the pact and after it was signed are not as black and white as they have been portrayed.

The bilateral agreement, as Nehru justly claimed, pulled India and Pakistan from a precipice of war. But what drove both the countries to such brinkmanship, what choices did they have, why did these two leaders decide to compromise and what did the pact accomplish?