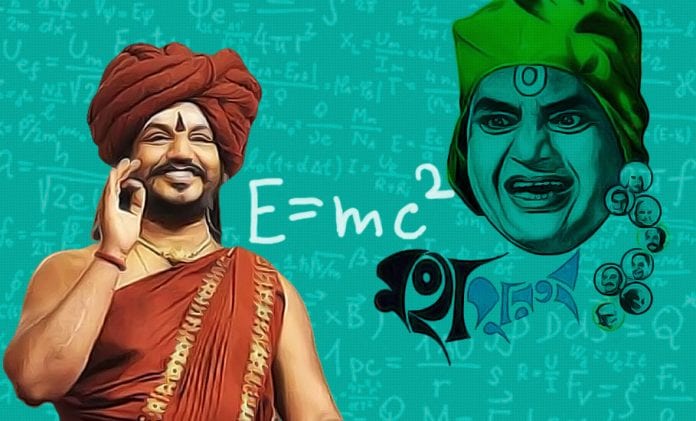 "And wonder, my mind for a moment not hazy,
If I and not they could really be crazy."

If Albert Einstein had been alive today, he would have certainly worked out a plan to visit India, where his equations have found a new explanation, not once but twice — once by a fictional character and later by a godman.

Flabbergasted by self-styled godman Nithyananda’s explanation on Einstein’s Theory of Relativity (e=mc²), one cannot help but recall the coincidence in Satyajit Ray’s Mahapurush, in which a mystic named Birinchi Baba claims he taught the German physicist his most celebrated equation!

To begin with, this is not a movie review, nor a recall of the golden period of Bengali cinema. Neither does it discuss the tit-bits of Ray's genius nor criticise any of the movie's shortcomings. Rather, it delves into the profound similarities that the movie's mystic has with India's now-fugitive godman.

The Edge of All We Know: A quest to understand black holes