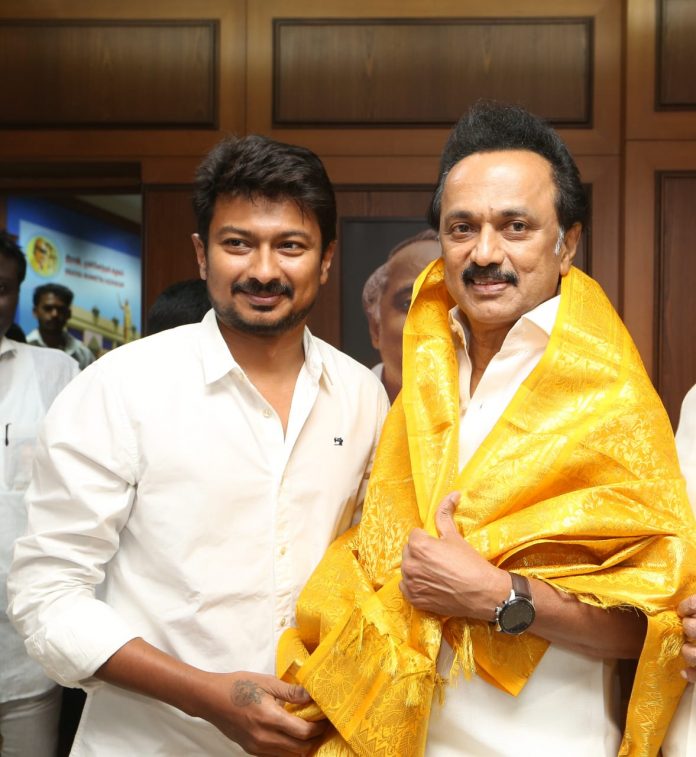 There is anxiety among people in TN over the alleged violence, land-grabbing and abuse of power by DMK leaders during their reign from 2006-2011. However, Stalin has reportedly clipped the wings of zonal kings and has brought in young leaders

Amid the chaos caused by a raging pandemic in the country, the much-awaited results of the keenly-fought 2021 Assembly elections in Tamil Nadu will be declared on Sunday (May 2).

For the most part, the elections to contest for the 234 seats in TN’s Legislative Assembly, went of smoothly. Unlike the West Bengal Assembly elections, TN elections has been less bloody and vicious, and has been largely marked by petty squabbles over seat-sharing, smaller regional parties snapping ties with a major Dravidian party ally and the ruling AIADMK hurriedly pushing through a contentious bill granting 10.5 per cent reservation to a powerful caste group in northern TN – the Vanniyars- to win them over. This caused a lot of consternation and concern across the state.

The carnivalesque atmosphere of a typical election in TN did play out in the state. Except for alleged disrespectful remarks made by DMK’s A Raja about EPS that got him into trouble with the EC, nothing much untoward happened during the election. It may be probably because the two stalwarts of TN politics, J Jayalalithaa and M Karunanidhi, who have contributed to many gripping and riveting moments in TN’s political history, were missing.

Also read: Tamil society will not bow or bend to any power outside the state: MK Stalin

The hint of drama came from Chinnamma and her Mannargudi mafia, after testing the political waters, however decided to “step aside” from contesting the elections. At first, Sasikala’s ‘will she, won’t she’ strike out on her own on the political battlefield had politicians and observers on tenderhooks but when she backed out the dust that was stirred up settled down and the warfare became predictable.

It is primarily the customary regional warhorses who remained the two main contenders in this election to form TN’s 16th legislative assembly: the National Democratic Alliance, led by AIADMK, and Secular Progressive Alliance, led by the DMK. A party needs 118 seats to win the election and come to power and all the exit polls have given the DMK a clear lead –predicting they will bag anything from 160-175 seats.

The AIADMK has been in power for two terms since 2011, while DMK hopes to make a comeback and take over the reins of the government after a hiatus of nearly ten years.

However, this win may come for the DMK and its leader, M K Stalin, who took over the leadership of the party after his father’s death, amid anxiety among TN citizens over the alleged violence, land-grabbing and abuse of power by DMK leaders during their rule from 2006-2011. However, an Indian Express report stated that since the death of Karunanidhi, Stalin has clipped the wings of many of the ‘Zonal Kings’, who had unleashed terror in the areas under them treating them like their own fiefdoms. Stalin has reportedly executed a “clean-up exercise’, and has also entrusted key posts in districts to young, new leaders to break the hold of old leaders.

Other key players in the election include, of course the “outsider” BJP, whose shadow looms large over the state. The AIADMK have given 20 seats to the BJP but the state’s populace seems averse to allow the party’s strong polarisation agenda to thrive. Moreover, according to political observers, the BJP clearly intends to offend ordinary voters by campaigning in Hindi. It is clear they want to gain a foothold in the state on their “own terms” and hence this election, regardless of whether Stalin or EPS win, this election is more a test for the state itself,  whether it will retain its credential as a secular democracy, said political observers.

TTV Dhinakaran’s Amma Makkal Munnetra Kazhagam (AMMK), another AIADMK faction is also a strong contender in this election. Dhinakaran, who was rudderless for a while after Sasikala suddenly dropped him, managed to seal an alliance with Vijayakant’s Desiya Murpokku Dravida Kazhagam (DMDK). Vijayakant, with not much bargaining power left, had walked out of his long-time relationship with AIADMK. This alliance has been cobbled together along with the Social Democratic Party of India (SDPI), the All India Majlis-e-Ittehadul Muslimeen (AIMIM) and a handful of other regional parties.

The star-attraction in this election however was actor-turned-politician Kamal Haasan, who captured eyeballs with his Makkal Needhi Maiam(MNM). He has made a significant political debut from Coimbatore South on April 6, when TN went to the polls, marshalling all his charm to convey that he is an honest alternative to the two major Dravidian alliances. The  constituency is filled with largely middle-class and upper-middle-class voters, but it was here MNM had got more than 1 lakh votes in the 2019 general elections.

Kamal Haasan’s entry into the political scene added some fodder for political analysts but he only comes to the table if he managed to convince the TN populace that he means business. MNM had contested the Lok Sabha elections, but failed to win a single seat and mustered a vote share of less than 4 per cent.

DMK continued to encourage dynasty rule with Udhayanidhi Stalin, Stalin’s son, also made his political debut this election, standing from the Chepauk-Triplicane Assembly seat. His opponents are AVA Kassali of PMK, an ally of AIADMK and L Rajendran of AMMK.Meanwhile, Palaniswami contested the polls from the safe Edapaddi constituency, an AIADMK bastion.

On polling day on April 6, the state saw a 72.81 per cent voter turnout with Karur district recording the highest turnout at 83,92 per cent, while Chennai district had the lowest at 59.06 per cent. The voter turnout was 2 per cent lower than in 2016, when the state recorded a 74.81 per cent. Repolling was held in one polling station in the Velachery Assembly constituency on April 17 again after two men were found carrying EVM machines.

The Madras High Court emerged as a strong figure in this election for memorably rapping the Election Commission (EC) for not discontinuing the campaign rallies, which were clearly violating COVID protocols. The court criticised the EC for not exercising their authority and not curbing political parties from holding rallies despite the court asking them to ‘maintain Covid protocol. And, asked them if the EC “was on another planet when poll rallies were held”. They even said murder charges should probably be imposed on the panel for being “the only institution responsible for the situation that we are in today”.