Mumbai has recorded the highest 24-hour October rainfall in 10 years, according to the weather bureau. It said the entire Konkan coast, including Mumbai, is expected to receive heavy to very heavy rain on Thursday (October 15).

Due to intermittent spells of heavy rain, Mumbai recorded its second highest monthly rainfall (144.8 mm) in a decade. The highest was in 2012 when 197.7 mm of rainfall was recorded in October.

The Santacruz weather observatory, representing the suburbs and Mumbai, recorded 86.5 mm of rain between 8.30 am Wednesday and 8.30 am Thursday, with most rainfall being recorded overnight (8.30 pm to 8.30 am).

Between 8.30 am Wednesday and 8.30 am Thursday, the Colaba weather station, representative of south Mumbai, recorded 115.8 mm of rain. 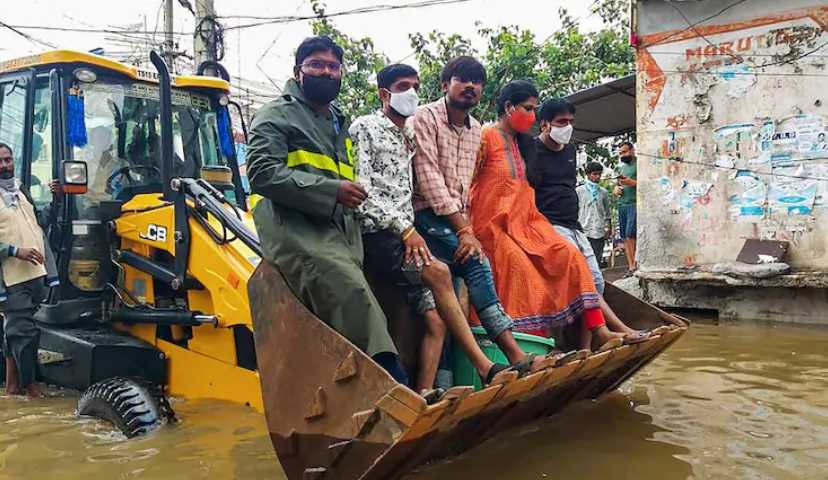 The India Meteorological Department (IMD) did not have past rain data for Colaba for October but said this was one of the highest 24-hour rainfalls ever recorded during the month.

“The city and suburbs both witnessed intense thunderstorm activity through the night with a dense cloud cover over Mumbai, located 10 km from the ground, leading to widespread rain activity. Early morning commuters are likely to face severe difficulties due to waterlogging in low-lying areas,” KS Hosalikar, deputy director general, western region, IMD, said.

The maximum rainfall was recorded at Worli (110.8 mm) followed by Navi Mumbai (101 mm), and Mazgaon (97.2 mm). The rest of the Mumbai Metropolitan Region recorded rainfall between 50 mm and 85 mm over the past 24 hours.

Hosalikar added that intense cloud cover was observed off the coast of Mumbai on Thursday morning. “The well-marked low pressure area is now located over south central Maharashtra and around south Konkan. It is very likely to move west-northwestwards and emerge into the Arabian Sea off the Maharashtra coast, and intensify into a depression over Arabian Sea over the next 48 hours,” said Hosalikar.

“Intense rain is expected during the evening and late at night, similar to Wednesday,” said Hosalikar.

Aarey row: ‘No harm axing trees, but why do it when you can save the...

Shifting Bollywood from Mumbai won’t be as easy as moving IFSC...