It’s all in the family in Maharashtra’s Maha Vikas Aghadi government led by Uddhav Thackeray. Notably, 18 out of 36 ministers sworn in on December 30 are a by-products of dynasty politics. The most prominent name would be Yuva Sena Chief and MLA from Worli Constituency Aditya Thackeray who has been given an important position in the cabinet.

Nationalist Congress Party’s chief Sharad Pawar’s nephew Ajit Pawar took oath as a Deputy Chief Minister for the second time in the month. Other young dynasts who have entered Mantralaya as ministers include Aditi Tatkare, daughter of NCP’s Sunil Tatkare of Raigad, while Amit Deshmukh’s father, the late Vilasrao Deshmukh, was CM in early 2000 among others.

Here is a full list of the dynasts in Maharashtra government. 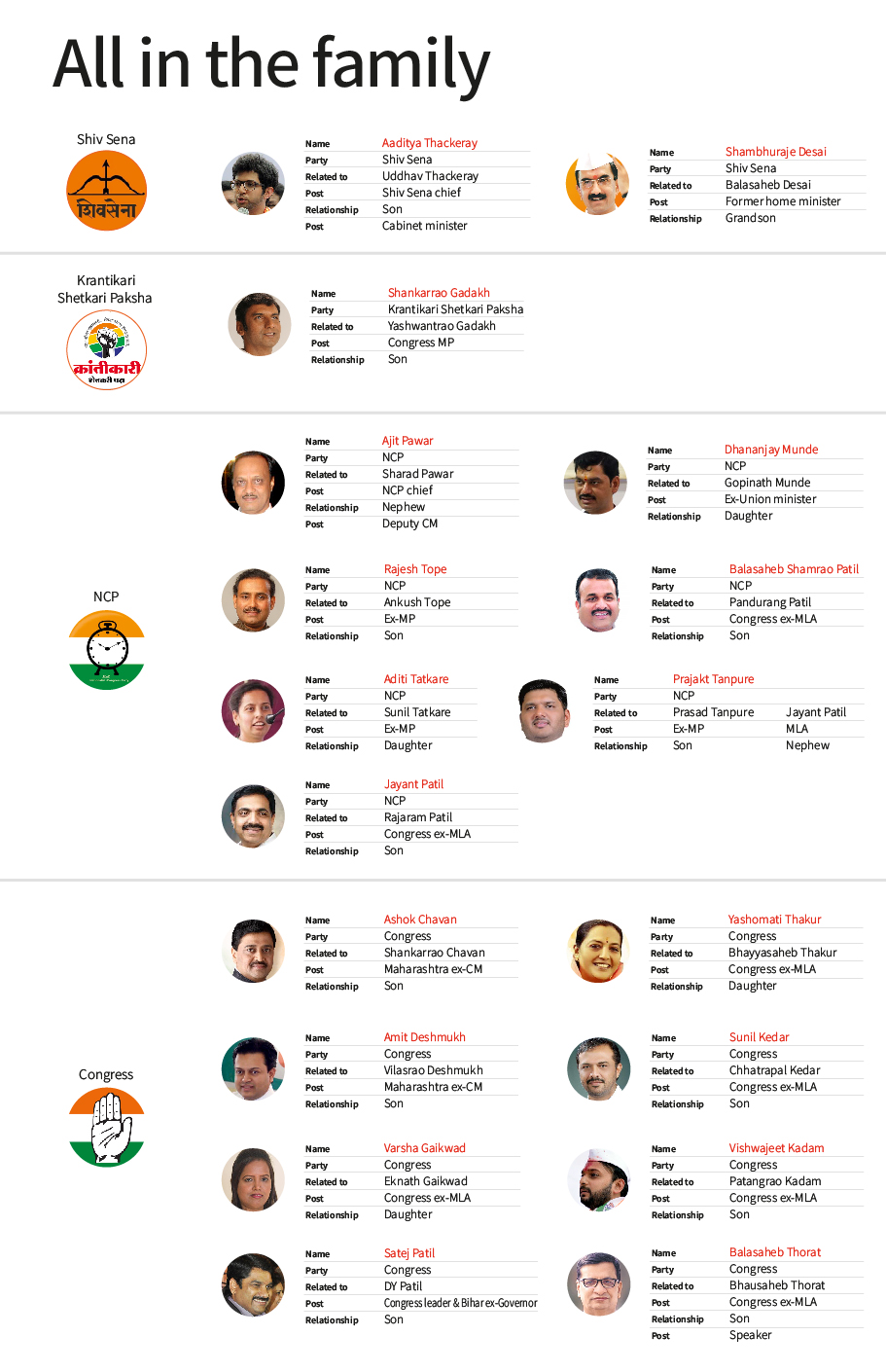