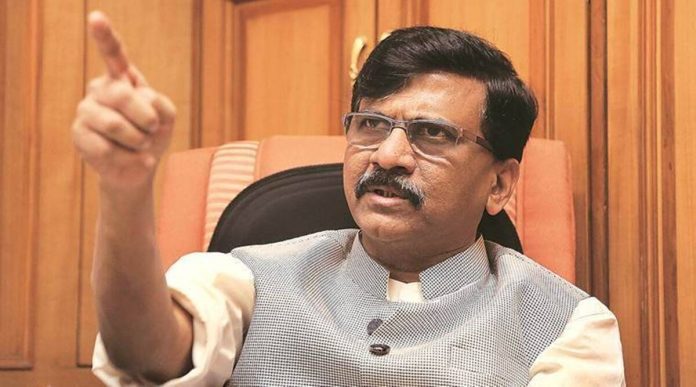 After Maharashtra Chief Minister Uddhav Thackeray lambasted the Narcotics Control Bureau (NCB) for going after “celebrities”, it was the turn of Shiv Sena MP Sanjay Raut to lash out at the BJP and the Centre for allegedly misusing centrally-run investigative agencies to finish off political rivals.

In his weekly column in the Sena mouthpiece ‘Saamana’, Raut today ( October 17) alleged the Centre is indulging in “government killings” to annihilate political rivals in Maharashtra. Contract killings had been replaced with government killings, he said.

Since several ministers of the Shiv Sena-led Maha Vikas Aghadi (MVA) government are under the scanner of a slew of central agencies such as the Enforcement Directorate (ED), Income Tax, and at least one of them was facing a CBI inquiry, Raut said. Central investigating agencies were working as “contract killers for the party in power in Delhi”, he said in his editorial.

Raut asked if there is a rule of law or (a rule of) raids in Maharashtra? “This is the question which comes to one’s mind considering the record number of raids being conducted through Central investigating agencies,” he wrote, said a report in NDTV.

Terming this kind of frequent raids as a new form of “business without any capital investment”, he said contract killings were the order of the day in Mumbai in the past. Those days, hit men were hired on contract basis to kill rivals. Today, this has been replaced by “government killings”, he said, adding that “Central investigating agencies” were working as “contract killers for the party in power in Delhi”.

Also read: Is there a BJP ‘hand’ in Mumbai cruise drug raid? NCP thinks so

He cited the example of the arrest of Nationalist Congress Party (NCP) leader and state minister Nawab Malik’s son-in-law Sameer Khan by the Narcotics Control Bureau (NCB). Raut said Sameer Khan had been jailed for eight months after the NCB arrested him under the pretext of his involvement in a drug racket.

The court has granted him bail after it was found that he had herbal tobacco in his possession and not drugs. Raut went on to suggest that Malik should file cases against NCB officials.

The Central Bureau of Investigation (CBI) too was raiding the homes of former Maharashtra Home Minister Anil Deshmukh. They should be instead looking for Param Bir Singh, the former Mumbai police commissioner, who had accused Deshmukh of corruption. Singh is now an “absconding accused” with a lookout notice has been issued against him.

The Shiv Sena leader also criticised the Income Tax department’s raids on the family members of NCP leader and Maharashtra Deputy Chief Minister Ajit Pawar. He also raised questions over why details about the PM Cares Fund were not being made public. It is said this fund is not a government fund but a private fund, he pointed out adding that funds worth crores of rupees were collected in the name of the Prime Minister.