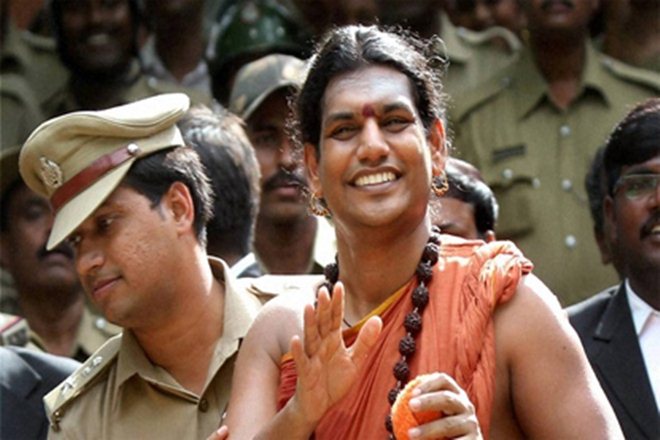 A couple moved the Gujarat High Court on Monday (November 18), seeking custody of their two daughters who are being allegedly held in illegal confinement at an institution run by self-styled godman Swami Nithyananda here.

Petitioners Janardana Sharma and his wife told the court they had admitted their four daughters to an educational institution run by Swami Nithyananda in Bengaluru in 2013 when they were in the age group of 7-15 years.

When they learnt that their daughters were this year shifted to another branch of Nithyananda Dhyanpeetham, named Yogini Sarvagyapeetham, situated on the premises of Delhi Public School in Ahmedabad, they tried to meet them. However, officials of the institute refused to let them meet their daughters, the petitioners alleged.

With help from the police, they visited the institute and managed to bring back their two minor daughters, but their elder daughters, Lopamudra Janardhana Sharma (21) and Nandhita (18), refused to accompany them, according to the petition. They alleged their two minor daughters were abducted and kept in illegal confinement for more than two weeks and were deprived of sleep, the petitioners said, adding they have lodged an FIR against the authorities in this connection.

In the plea, the Sharmas have sought the HC’s direction to the police as well to the institute’s authorities to produce their daughters, who they alleged are being kept under “illegal confinement”, before the court and give their custody to them. The couple has also sought an inquiry into other minor kids kept at the institute. In June 2018, a Karnataka court had framed charges against the controversial godman in a rape case.