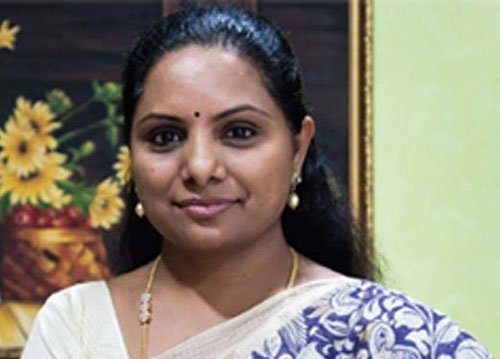 The ruling TRS in Telangana on Wednesday (March 18) announced former MP and Chief Minister K Chandrasekhar Rao’s daughter K Kavitha as its candidate in the bypoll to the state Legislative Council from Nizamabad Local Authorities constituency.

Rao, the president of TRS, finalised the candidature of Kavitha and she would file her nomination on Wednesday, TRS sources said. Kavitha represented Nizamabad in the Lok Sabha earlier.

However, she lost the 2019 Lok Sabha poll in Nizamabad to BJPs D Aravind. The bypoll from Nizamabad Local Authorities constituency was necessitated due to the disqualification of TRS MLC R Bhoopathi Reddi last year after he joined the Congress.

The last date for filing nominations in the bypoll is March 19 (Thursday) and the poll would be held on April 7.