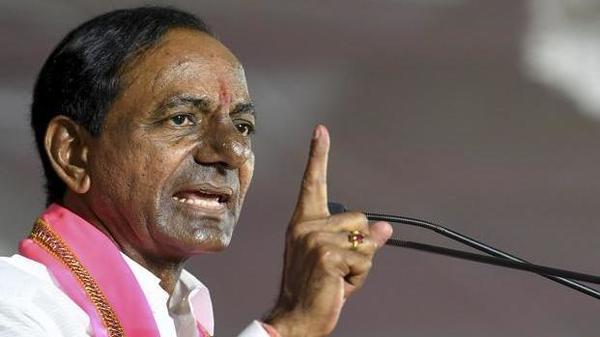 After suffering reverses in the Lok Sabha polls, the Telangana Rashtra Samithi (TRS) has regained its supremacy in rural Telangana in the elections to the local bodies and is set to capture all the 32 Zilla Parishads in the state.

The resounding victory for the ruling party across the state reflects the undiminished popularity of Chief Minister K Chandrasekhar Rao who is seen as the architect of the Telangana statehood movement. The elections to the local bodies were held nearly a month after the April 11 Lok Sabha polls. The verdict also shows that the people in Telangana voted differently for the Parliament and local elections.

The performance of the TRS in the Lok Sabha polls was far below its expectations, particularly in the backdrop of its landslide victory in the December 2018 Assembly elections to secure a second term in office.

While the regional party was hoping to repeat its winning streak and bag 16 out of the total 17 Lok Sabha seats in the state, leaving Hyderabad to its friendly partner All India Majlis Ittehadul Muslimeen (AIMIM), it managed to win only nine seats while a resurgent BJP bagged five and the Congress, making a comeback after humiliating drubbing in the assembly polls, won three seats.

What came as a major embarrassment for the TRS was the defeat of the Chief Minister’s daughter K Kavitha in Nizamabad and a close relative Vinod Kumar in Karimnagar. Both the seats were wrested by the BJP.

However, when it came to the local bodies, the TRS made a clean sweep, establishing its dominance across the Telangana hinterland. The ruling party has made inroads even in the Assembly segments where the opposition Congress and BJP candidates had won earlier and emerged victorious. In the process, the Congress and the BJP were decimated.

The elections for 539 Zilla Parishad Territorial Constituencies (ZPTCs) and 5,817 Mandal Parishad Territorial Constituencies (MPTCs) were held in three phases on May 6, 10 and 14 in over 32,000 polling stations across the state. Nearly 1.50 crore voters exercised their franchise in the elections where ballot papers were used instead of the Electronic Voting Machines (EVMs). The voter turnout was around 77 per cent. The counting of votes began on June 4 (Tuesday) and continued till late into night.

Out of 538 ZPTCs, the TRS won in 449 seats, while the Congress lagged far behind with just 75 seats and the BJP got eight seats. The remaining seats went to the independent candidates.

With this, the TRS is all set to capture power in all the 32 Zilla Parishads in the state and 90 per cent of the Mandal Parishads.

“This is an unprecedented victory and in no other state, any party had ever captured such a huge percentage of seats in the local bodies. The opposition parties are nowhere near the TRS. It is a verdict of the people on the rule of the TRS government. We will live up to the expectations of the people,” the Chief Minister’s son and TRS working president K T Rama Rao said.

The newly elected representatives of the local bodies will in turn elect the chairpersons and vice-chairpersons of the Zilla Parishads and presidents and vice-presidents of the Mandal Parishads. The election to these posts will be held on June 8.

Given the numbers, the TRS is set to capture all the 32 Zilla Parishads in the state. Never in the history of the combined Andhra Pradesh or Telangana did a single party capture all the Zilla Parshads.

“This is a record of sorts for any local body polls in the entire country. It reflects public faith in the leadership of KCR and the success of welfare schemes he has introduced. We will win all 32 ZPs as the opposition parties could not even put up a fight,” Rama Rao said.