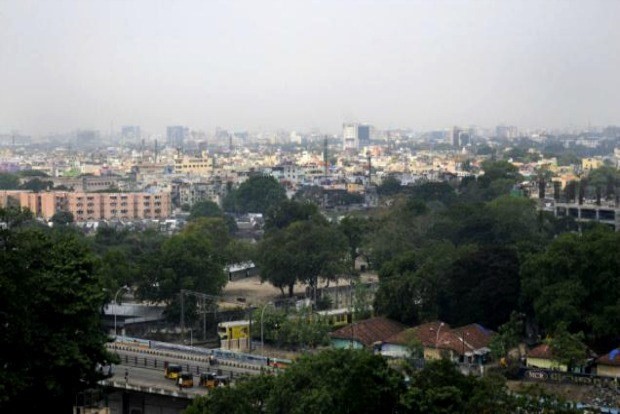 Chengalpattu is one of the five satellite towns of Chennai which will be developed into an urban growth centre with improved physical, social, and economic infrastructure

As part of the plans of the DMK-led government to decongest Chennai city, the Chennai Metropolitan Development Authority (CMDA) is all set to develop five satellite towns on the outskirts of the state capital. 48 villages near Chengalpattu and 17 villages in Kancheepuram, abutting the Chennai-Bengaluru NH, have already been identified to create two of these five satellite towns.

The other three satellite towns of Chennai will come up in Thirumazhisai, Minjur and Thiruvallur.

Making the announcement about the five satellite towns, the minister of housing and urban development, S Muthasamy, had recently told the state Assembly that the preparation of the new town development plans and the laying of roads along these corridors for better connectivity have already started.

CMDA will make these towns self-sufficient and work as a facilitator by preparing master plans, creating a grid of roads, unveiling land pooling schemes and other development projects.

In the second master plan for the expansion of Chennai Metropolitan Area (CMA), it was proposed that 5,094 sq km of areas in Tiruvallur, Kancheepuram, Chengalpet and Arakkkonam taluk, will become part of these five satellite towns. It was supposed to be 8,889 sq km earlier but the government has decided to focus on vertical development within the city rather than expanding it horizontally, said media reports.

Meanwhile, the rules for the new town development plans for CMA Rules 2022 has been drafted and sent to the Tamil Nadu government for approval. CMDA is reportedly poised to hire consultants to prepare a masterplan.

Chengalpattu town, which forms part of Chengalpattu district (carved out of Kancheepuram district in 2019), has been earmarked to be developed into an urban growth centre with improved physical, social, and economic infrastructure. This new Chengalpattu satellite town will encompass around 48 villages around the central core of Chengalpattu town. It is bordered on the west by the Palar river, GST Road and Mahindra City to the north, several non-contiguous hillocks to the east, and a new administrative headquarters in the south.

The haphazard town centre will be remodelled. According to media reports, the authorities will also utilise the opportunities that will emerge from the upcoming residential, commercial, and industrial, and institutional activities along the GST corridor, Chengalpattu-Thiruporur corridor, and Chengalpattu-Walajabad corridor.

In Kancheepuram too, the municipal area and 17 villages along the Chennai-Bengaluru NH have been zeroed in on to ensure planned development. Currently, Kancheepuram is developing in a haphazard manner, which is leading to higher growth of commercial establishments and traffic congestion in the core area. It is learnt CMDA is preparing a detailed development plan focussed on heritage and redevelopment.

Work is already underway at Thirumazhisai, a western suburb of Chennai, which is part of the Chennai’s satellite township. The Tamil Nadu Housing Board has already started work on nearly 311 acres of land abutting the Chennai-Bengaluru National Highway. Work at a cost of ₹245 crore has been completed and in the next phase, plots, houses and flats is expected to be taken up. Thirumazhisai satellite township is vying to get ₹1,000 crore funding from the Union government under the 15th Finance Commission (2021-22 to 2025-26), which involves the rejuvenation of old cities and setting up new ones.