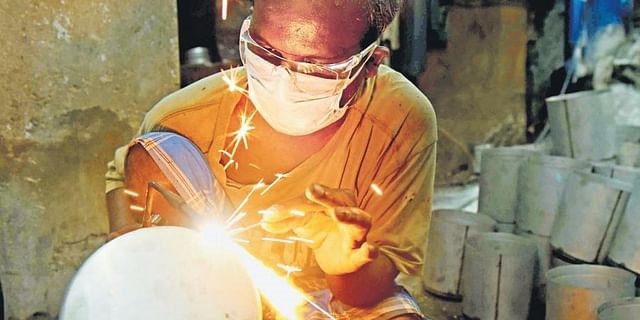 The TN government has signed an MoU with Rolls Royce, which has agreed to set up a factory in Hosur. In the coming months, all these small companies in the western districts will provide various parts to Rolls Royce, said the official

The Tamil Nadu government is all set to provide more business for the existing small and large aerospace parts manufacturing companies located in and around the western districts. The recent spate of MoUs signed between the Tamil government and aerospace majors, including one with Rolls Royce, is expected to give a boost to these companies situated in Salem, Tirupur and Coimbatore.

So far, many aerospace companies from the USA, South Korea, Japan and Taiwan have signed MoUs with the Tamil Nadu (TN) government.

“Many MSME’s as well as big companies situated in Coimbatore, Tirupur, Erode, Salem and Krishnagiri districts, as of now, are already manufacturing parts for various aerospace manufacturers within India and abroad without support from the government. Now, the government is going to support them in a big way,” an additional chief secretary, TN government told The Federal.

As per a survey done by the industry department, there is a huge potential now for these companies. “At present, on their own, these companies supply parts to big companies. But, now we have signed a MoU with Rolls Royce, which has agreed to set up a factory in Hosur in TN. In the coming months, all these small companies in the western districts will provide various parts to Rolls Royce,” said the official.

Apart from the present MSMEs, the government is also ready to provide all help to start-ups which are ready to manufacture aerospace parts, said the official.

International Aerospace Manufacturing Pvt Ltd (IAMPL), a joint venture between Rolls-Royce and Hindustan Aeronautics Ltd, signed a MoU with the TN government to support the setting up of new manufacturing facilities in Hosur in the state.

IAMPL has announced its intent to expand its operations in TN to support the aerospace parts global supply chain. The proposed expansion is aimed at enhancing IAMPL’s existing capabilities in India to manufacture complex components for the global supply chain for civil and defence aero-engines.

“Over the last decade, our joint venture with HAL has grown from strength to strength and and we have developed superior capabilities across manufacturing, engineering, quality and customer services. IAMPL will further enhance its contribution to the global supply chain and continue to deliver high-precision, superior quality products,” said the official.

TN has so far signed MoUs with companies situated in Japan, South Korea, Taiwan, United States, France and Germany. “Apart from the above, we have signed MoUs with Netherlands, Canada, Denmark. All the MoUs signed from the three countries are for setting up renewable power projects within TN,” said the official.

The industries minister Thangam Tennarasu’s recent visit to South Korea, Japan and Taiwan has been a huge success and fruitful, as many companies from these countries are in touch with the TN government to invest in the state.