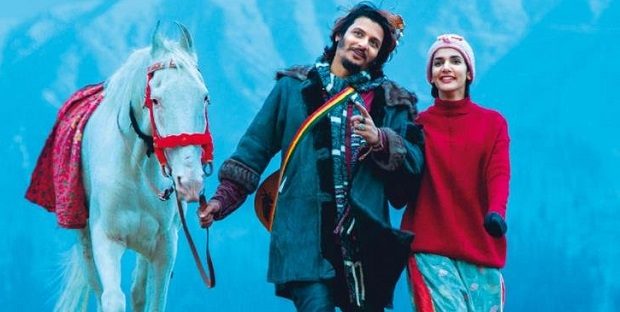 TM Krishna’s first film song is a peace anthem that has only a smattering of Carnatic music — a few phrases from Maand raga, perhaps. Interpersing prog rock with anthemic sloganeering, the song is an ode to human values. Vaa Venpura (Come, dove) features in the Tamil film ‘Gypsy’ directed by Raju Murugan who had directed the national award winning film, ‘Joker’. ‘Gypsy’ is set for a June release.

‘Joker’ was a poignant look at the world of activists, their overblown egos as well as their honesty, sincerity and commitment to causes. Starring Jeeva and Natasha Singh, ‘Gypsy’ promises to be about a musician, a wandering ministrel, who stands for harmony in society.

TM Krishna, a classically trained musician who adhered to the strictest norms of the art form, broke away from tradition a few years ago. He publicly castigated the Carnatic music world for keeping it restricted to brahmins, and experimented with the structure of the art form.

More recently Krishna has taken on a political profile for himself and given his voice to several causes. Among his outreach efforts is support to a yearly arts festival organised at a Chennai fishermen village where he performs Carnatic music. Krishna has drawn the ire of Carnatic music listeners, both for his criticism of its caste connotations as well as experimentation. He was honoured with the Magsaysay Award in 2016.

Vaa Venpura starts by saying, “Nothing is more holy than man, and nothing more godly than the human heart.” To add to the anthem feel, the song features portions from the speeches of Martin Luther King, Nelson Mandela and Abdul Kalam. King’s “I have a dream” sequence is followed by Abdul Kalam exhorting all Tamils to unite for world peace. Nelson Mandela’s victory speech following his release from prison is also featured.