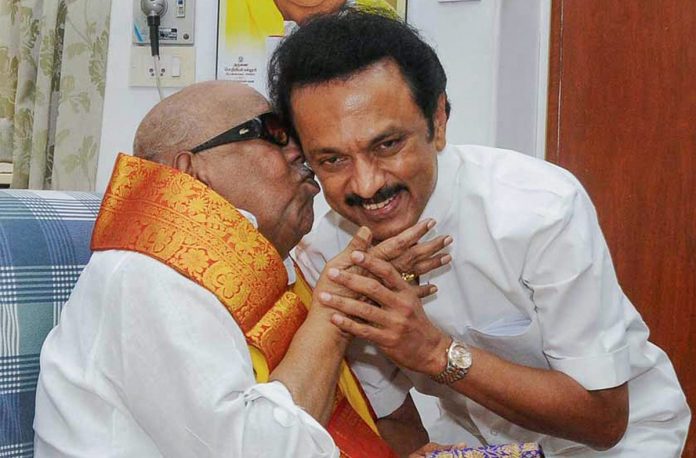 Recalling the contributions of the late DMK stalwart in various spheres such as social welfare, literature, and education, Stalin hailed his father as the "sculptor of a modern Tamil Nadu"

Tamil Nadu Chief Minister M.K. Stalin has announced the construction of a memorial worth ₹39-crore for late DMK president and former Chief Minister M Karunanidhi at the Marina on Kamarajar Salai in Chennai on Tuesday. Stalin said that the memorial will commemorate Karunanidhi’s efforts to create a “modern Tamil Nadu.”

Stalin informed the state Assembly that the memorial on the famous beach will come up on 2.21 acres of land and will have digital content on the life and achievements of Karunanidhi.

“Kalaignar is the architect behind the modern Tamil Nadu which we are witnessing now. He took the state forward in education, socio-economic conditions,” Stalin said.

Also read: Not just Periyarists, in 1970 Karunanidhi too pitched for TN flag

Recalling the contributions of the late DMK stalwart in various spheres such as social welfare, transport, literature, education, urbanisation and infrastructure development, Stalin hailed his father as the “sculptor of a modern Tamil Nadu.”

“After being in the headlines permanently for about half a century, he went into permanent rest on August 7, 2018,” Stalin said on the demise of Karunanidhi, adding, he did a lot to the Tamil community before his death.

Earlier this month, President Ramnath Kovind had inaugurated a portrait of the DMK stalwart in the Tamil Nadu Assembly, when he was there for the Centenary celebrations of the Assembly.

Opposition leaders of AIADMK have welcomed Stalin’s move to make the memorial for Kalaignar at the Marina beach.