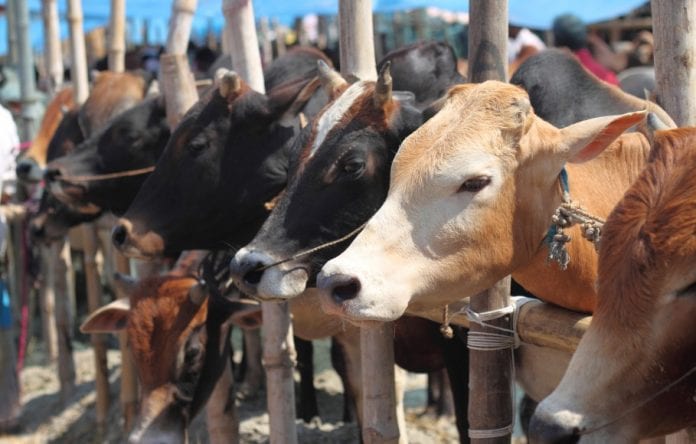 The Tamil Nadu government’s move to set up a laboratory in The Nilgiris district for producing sex-sorted semen for selective reproduction of female calves has created a furore among veterinarians and activists.

The project, to be implemented by Tamil Nadu Livestock Development Agency, is aimed at boosting milk production and keeping in check the population of male calves or bulls.

“Bulls don’t reap as much profit like cows do,” says a Namakkal-based veterinarian. “Also, their maintenance cost is huge.” “In Tamil Nadu, only 200-300 families have bulls. Most of them have been rearing bulls traditionally for ploughing and fertility services,” he says.

Though the selective breeding of cows is profitable, veterinarians have raised questions over the ethical aspect, saying while the state has no shortage of milk production, bulls might go extinct.

According to the 20th Livestock Census published this year, the cow population has increased 18% rise across the country as compared to the previous 2012 census. On the other hand, the male cattle population has decreased by 30.2%.

The need for boosting milk production too comes as a surprise as Tamil Nadu is already one of the top 10 milk-producing states in the country, according to Tamil Nadu Co-operative Milk Producers Federation Limited. The state produces 206 lakh litres milk daily.

According to government sources, the move will ensure the milk production is sustainable in the future. “Though the state has adequate milk production, we cannot have complacency. There is always a demand for milk and the supply should always match the demand,” said a senior official of the Animal Husbandry department.

“As per the 2019 Livestock Census, Tamil Nadu has a total breedable bovine population of 61 lakh. On an average, a cow produces milk for 10 years, following which, the milk production decreases. To sustain production even in the future, we need to take up such kind of technologies,” the official said, justifying the move.

Affordability and other factors

Usually, artificial insemination is carried out with semen having both X and Y chromosomes. But using the sex-sorted semen, which has only X chromosome sperm, cow owners can enhance the possibilities of the birth of female calves.

“If a cow is inseminated at a government veterinary hospital, it costs around ₹30–₹50. In private hospitals, it will be ₹150–₹200. However, a sex-sorted semen injection itself can cost up to ₹2,000,” the Namakkal-based veterinarian said. The conception rate will be around 30 per cent when sex-sorted semen is used, much lesser than that of other methods, he added.

Also read | For a scientific cow cue, look to the Netherlands

Moreover, in case of an acute shortage of bulls, extracting sperm from the same bull community will also affect the gene pool, resulting in the calves contracting diseases and defects, he said. “For a short duration, the move will be profitable. But it is not sustainable.”

According to a Thanjavur-based veterinarian, sex-sorted semen will first be used only in case of foreign-breed cows. “If the move is aimed at boosting milk production only, then it can be used on native breeds like Sindhi. It will also help increase the population of the female calves,” he said.

Affordability is a major factor when it comes to the use of sex-sorted semen. Earlier, it used to be imported from abroad and now, it is manufactured in India, he said.

“Sex-sorted semen is produced by a monopolist company called ABS Genus, based in the US. In order to bring the company to the state, the state government brought Bovine Breeding Act, 2019. Under this act, no other company can produce semen. Tamil Nadu has about 80 lakh cows. They should be artificially inseminated every year. If one injection costs ₹2,000, then calculate the cost for 80 lakh cows (₹1,600 crore). This is purely business,” he stressed.

“Tamil Nadu has one of the finest veterinary departments in the country. In the 70s, the state government separated the animal husbandry from the agriculture department. In 1989, the first veterinary university was established in the state, which was also the first in Asia. It is this university which helps the poultry market in Namakkal,” he said.

“The poultry business is dominated by two multinational companies — Cobb and Ross. Likewise, ABS Genus will now dominate the bovine market,” he added.

A senior official of the animal husbandry department said the state government will provide the infrastructure and raw semen for the project, and a private agency will take care of the machinery and technicians. “We have kept the bidding process on hold in view of the local body elections,” he said.

He said the project aims at producing eight lakh sex-sorted semen straws within a period of three years. “In the first year, the agency should produce two lakh straws and three lakh each in the second and third years,” he said.

If the project is implemented, Tamil Nadu will be the second state in the country to set up a sex-sorted semen production unit after Uttarakhand. Officials claim the project has been successful in the northern state.

Speaking to The Federal, A Gnanasekaran, director, Directorate of Animal Husbandry and Veterinary Service said an increase in milk production will improve the rural economy. But whether it would bring down the cost of milk depends on the government, he added.

“Boosting milk production is one aspect of the project. Another is to increase the economy of the farmers. Farmers will suffer if only male calves are born and therefore intervention is needed to improve the chances of birth of female calves. Since this is a joint project by the central and state governments, it would require no other approval,” he said.