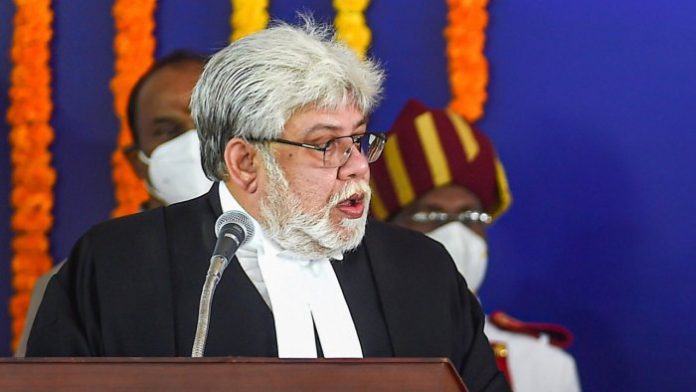 Madras High Court Chief Justice Sanjib Banerjee has passed several orders upholding constitutional rights and the values of free speech, secularism, free and fair elections, right to health and state accountability that may well have earned the ire of those in power

The Supreme Court Collegium’s recommendation to transfer Madras High Court Chief Justice Sanjib Banerjee, has come in for a lot of brickbats, especially among a section of HC lawyers. Expressing their protest at the transfer, the lawyers have alleged that the Collegium’s decision “damages an honest judge’s reputation and tends to lower the image of the judiciary in public”.

In a letter dated November 11, more than 200 lawyers from the Madras HC wrote to Supreme Court judges namely NV Ramana, Chief Justice of India, UU Lalit, AM Khanwilkar, DY Chandrachud and L Nageswara Rao, objecting to short tenured and abrupt transfers as they stand in the way of a cohesive leadership and meaningful administrative reforms.

“While transfers for better administration of justice may be necessary in principle, members of the Bar have a right to know why a competent, fearless judge and an efficient administrator of a large High Court where more than 35,000 cases were filed this year should be transferred to a Court where the total number of cases instituted in a month is on an average 70-75”, pointed out the lawyers.

The letter stated that Justice Banerjee steered the Court through this unprecedented and difficult period by ensuring the justice system continues to function unhampered and unhindered by the pandemic, said the letter.

Further, the lawyers added: “He recently steered a massive gender sensitisation programme covering 1,700 staff of the judiciary and has assured that the programme would be extended to the judiciary too in the state, including High Court judges”.

The members of the Bar said that Banerjee has passed several orders upholding constitutional rights and the values of free speech, secularism, free and fair elections, right to health and state accountability that may well have earned the ire of those in power.

“In a recent order dismissing a public interest litigation seeking to prevent the chief minister of Tamil Nadu from chairing an advisory committee under the Hindu Religious and Charitable Endowments Act until he takes a pledge in front of a Hindu god in a nearby Hindu temple, Justice Banerjee held:

‘There has to be a time when prejudice and vendetta have to be shed particularly when it comes to practicing religion. This is a secular country and secularism implies tolerance for the other religion’, the letter read.

In other cases, he had castigated the AIADMK government for its inept handling of the pandemic and memorably, he hauled up the Election Commission (EC) for failing to ensure proper COVID safety norms during the recent state elections.

“Just before the elections, he passed orders directing the Election Commission and the Puducherry police to investigate as to how phone numbers linked to the Aadhar card of voters that were not available in public domain, were available with functionaries of the BJP for their election campaign,” the Bar has said.

The transfer of Banerjee from a chartered HC with a sanctioned strength of 75 judges to the HC of Meghalaya, established on 2013, with a current strength of two judges, raises disconcerting questions, the letter said.

“Similar transfers in the past have led to speculations i) whether the transfer was caused due to improprieties by the concerned judge or ii) whether there were external factors that penetrated the decision making process when such strong pointers existed.  It is the secrecy that surrounds the Collegium’s decisions and lack of stated criteria that lead to a perception of arbitrariness. Ultimately, the judiciary as an institution stands to lose,” the lawyers lamented.

The Collegium of the Supreme Court appears to have recommended the transfer of Justice Banerjee on September 16, 2021 and the decision was made public only on November 9, 2021. This raises the worrisome question of the lack of transparency and opacity in decision-making by the Collegium.

“Justice Banerjee assumed the office on January 4, 2021 and is expected to retire in November 2023. The recommendation to appoint him as the chief justice of the Madras High Court was made less than a year back in December 2020 obviously after considering his experience as a judge of the Calcutta High Court and suitability to head a Chartered High Court. It is therefore inexplicable that in ten months, the Collegium should revise its opinion and recommend that such a person should be transferred to a Court where any avenue for utilising his vast experience would be severely limited,” the advocates stressed.

“A change in leadership every few months will have an adverse impact on not just the administrative functioning of the High Court, but crucial decisions to be taken by the High Court Collegium will be delayed or suffer from the loss/lack of experience that is gained over several months,” the letter added. 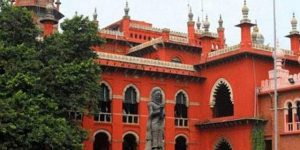 The impact on Madras HC’s work

The transfer of Justice Banerjee comes at a time, when two senior justices, MM Sundresh and TS Sivagnanam, who were No 2 and 3 in terms of seniority in the Madras HC, are also being shifted. While Justice Sundresh has been appointed to the Supreme Court, TS Sivagnanam has been transferred to the Calcutta HC.

Interestingly, it is to be noted that Sivagnanam authored a string of judgements on the controversial Sterlite copper smelting plant in Thoothukudi. What will be the impact of such transfers on the Madras HC? “It is very simple, henceforth, judges will no longer be independent. We cannot expect fearless judges to deliver justice anymore,” said D Hariparanthaman, former Madras HC judge.

The HC judges are constitutional posts and unless there is an allegation or any exceptional situation, they should not be transferred, he said. But after 2014, they are being treated like any other subordinate judge, he alleged.

“The transfer of Justice Banerjee should not be seen in isolation. It has now become a norm to transfer judges when they don’t toe the line of the Executive,” Hariparanthaman added.

Talking to The Federal, one of the senior advocates of Madras HC Dr V Suresh said that these kinds of arbitrary transfers will demotivate existing judges and discourage young lawyers from wanting to become judges.

“Independence of the judiciary is the critical aspect of our Constitution. When that is being compromised it affects the morale of the judges. The impact of such transfers will be far- reaching. Many young lawyers will shy away from wanting to become judges and they will be satisfied in continuing their profession as lawyers,” said Suresh, who is also a noted human rights activist with People’s Union of Civil Liberties.

The saddest part in this issue is that while we know the political masters are vindictive, the Collegium has also played its role, he said.

“The Supreme Court Collegium should be completely fair. It must act as a bulwark between a vindictive political executive and judicial system. But it appears the Collegium has capitulated,” Suresh pointed out.