A sprawling white bungalow in one of Chennai’s poshest localities, Veda Nilayam had several connotations. For former Tamil Nadu Chief Minister Jayalalithaa, it was a residence; for AIADMK cadre, it was a temple; for police personnel, it was a castle; for actor Rajinikanth, it was a disturbance; for the public, it was Amma veedu (Mother’s home—Jayalalithaa was popularly known as Amma).

Veda Nilayam, located in upmarket Poes Garden, had always been close to Jayalalithaa’s heart. Since her entry in politics in 1982 and until her death on December 5, 2016, she mostly stayed in Veda Nilayam—except her prison days. Besides her ‘white’ house, the only other place Jayalalithaa liked to stay was her bungalow in the expansive Kodanad Estate in the Nilgiris district.

The residence has witnessed many important decisions taken not only at the state level, but also national level. She has welcomed many celebrities to her residence and even made some wait. In fact, the superstar—Rajinikanth—sometimes had to wait until her car drove past to reach his residence that was a stone’s throw away from Veda Nilayam.

However, since Jayalalithaa’s death, the bungalow has been in the news not for its historic importance, but for the uncertainty over its future. Who is going to maintain Veda Nilayam? Will its avatar change? Will the bungalow continue to remain a fort or will it be opened for the public? Only time will tell!

After Jayalalithaa’s demise, controversies surrounded the administration of her properties worth ₹913 crore. In 2017, Chief Minister Edappadi K Palaniswami announced that the 24,000-sq feet house of Jayalalithaa in Poes Garden would be converted into a memorial. The announcement gained importance as it was one of the demands made by former Chief Minister and Palaniswami’s current deputy O Panneerselvam for the merger his faction with the AIADMK, led by Palaniswami.

After three years, the state government promulgated an ordinance to convert the bungalow into a memorial on May 22. However, in a setback to the state, a bench of Justices R Kirubakaran and Abdul Quddhouse on May 27 observed that Deepa and Deepak were the Class II legal heirs of Jayalalithaa. It directed the government to reconsider its decision to convert Veda Nilayam into a memorial.

Also, the court suggested that one part of the house could be converted into the Chief Minister’s office and the other part into a memorial. It also asked Deepa and Deepak to liquidate any of the properties of Jayalalithaa as per their wish and create a public trust in the former Chief Minister’s name for the welfare of the public. The court has given eight weeks to file a compliance report.

Veda Nilayam was one of the first houses Jayalalithaa had purchased after she became an actor in 1965. Within two years, she began playing the heroine with leading actors like former Chief Minister MG Ramachandran. In 1967, Jayalalithaa, along with her mother Sandhya, bought a piece of land at Poes Garden for ₹1.32 lakh.

They started building a house, but Sandhya died before its completion. So, Jayalalithaa named the house as ‘Veda Nilayam’ after her mother’s birth name—Vedavalli. In May 1972, Jayalalithaa conducted a house-warming ceremony. The invitation for the ceremony was printed by Vakil and Sons, Mumbai. Veena exponent Chitti Babu delivered a performance on the evening. 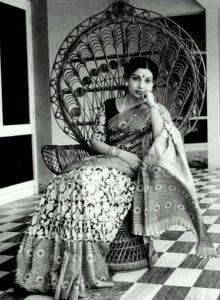 There are two buildings on the premises of Veda Nilayam. The front one was built first and had only two floors. On the ground floor, there were four bedrooms, a dining hall, a guest room, two office rooms and two storerooms, besides the kitchen.

The first floor had two rooms. One was Jayalalithaa’s bedroom and the other had fitness equipment and gifts she had received. There were a few rooms over the car shed and Jayalalithaa used to walk across a footbridge that connected these rooms with her bedroom. In the backyard, there were separate rooms built for servants.

After Jayalalithaa became the Chief Minister in 1991, she made some changes to the bungalow. It later got two door numbers 36—the old building and 31 A—a new one that was built in 1995. Jayalalithaa and Sasikala had begun residing in the new building that had five floors. It also had a waiting hall for visitors. Some people suspect that Jayalalithaa had a special room, where she tool important decisions.

Later, Jayalalithaa’s guards and assistants started using the old building. While security guards used to stay on the ground floor, Jayalalithaa’s assistant Poongundran was allotted a room on the first floor. Her personal secretary used a room on the second floor. There are also assumptions that the building had 20 to 30 rooms, besides an underground room. But the building has been kept away from the public’s eye for several years.

However, it was certain that Jayalalithaa had two separate rooms—one was a library and the other a private home theatre. “She used to watch films that were adapted from books,” says Tamil journalist Tharasu Shyam, who had a close association with Jayalalithaa.

It was in the early 80s, Jayalalithaa was introduced to Sasikala, who used to supply video cassettes to her. For around 30 years, Sasikala had stayed in the bungalow.

During MGR’s funeral, Jayalalithaa had faced both verbal and physical abuse. Later, she held a press meet at Veda Nilayam. After MGR’s demise, many senior AIADMK leaders like former Chief Minister VR Nedunchezhiyan extended their support to Jayalalithaa. It is interesting to note that some of these leaders who had been visited by DMK founder CN Annadurai stood in line at Veda Nilayam to meet Jayalalithaa and discuss whom to appoint as the Opposition leader from AIADMK (J) camp.

When Jayalalithaa came to power in 1991, she was allotted the Chief Minister’s residence on the Greenways Road. But she turned the offer down and chose to stay at Veda Nilayam. Gradually, Poes Garden started gaining popularity like MGR’s Ramapuram Garden.

In 1995, through a song sequence in his film Muthu, Rajini hinted at his entering politics.  The very next year, he had an altercation with the then Chief Minister Jayalalithaa. But the dispute between the two began in 1992. In those days, the police used to bring the traffic to a halt in Poes Garden, so that Jayalalithaa could travel to and fro to the assembly. But Rajinikanth was upset that his fans had been harassed by Jayalalithaa’s security guards.

Writer Gayathri Sreekanth, in her biography on the actor, titled The Name is Rajinikanth, mentions that the police had Rajinikanth’s car near his residence. They cited VVIP movement in the area as the reason. This irked Rajinikanth to get out of his car and walk towards a nearby lamppost, where he started smoking.

Until then, no one had even dared to walk amid elaborate security arrangements. The actor’s gesture came as a shock. Immediately, policemen convinced him to get into the car. But this was not the sole instance of animosity between Jayalalithaa and Rajinikanth. if fact, it had begun decades earlier.

According to a doctoral thesis, titled Cinematic charisma as a political gateway in South India: The Case of Tamil Nadu by Dhamu Pongiyannan at the University of Adelaide, Jayalalithaa had insulted Rajinikanth when he had gone to meet her at the Poes Garden on his scooter. After seeing her opulent house, the actor had decided to build a house in the same area.

The year—1996—was a turning point in Jayalalithaa’s life and political career. The then ruling DMK filed many cases of asset misappropriation against her. Raids were conducted at Veda Nilayam. That was when Sun TV, one of the oldest satellite channels launched by the son of Karunanidhi’s nephew Murasoli Maran telecast the raids live. Jayalalithaa’s personal collection of silk sarees, jewels, footwear, etc. were shown.

According to R Muthukumar, a Dravidian historian, officials had passed during the raids, high-pressure air into water pipes to check whether she had hidden any documents or jewels inside. Veda Nilayam was also included in the asset misappropriation case. “They [government] made newspapers to write that I have a lot of footwear and sarees. Did they ever say I had a lot of books?,” asked Jayalalithaa in an informal chat with Shyam.

Jayalalithaa had at least 10,000 books in her library, Shyam claims in his book JJ: Oor Aalumaiyin Noolaga Kurippugal (JJ: A personality’s library notes).

In 2006, after the Viduthalai Chiruthaigal Katchi founder Thol Thirumavalavan called Veda Nilayam a Marma Maaligai (A strange palace), relations within the coalition soured.

From 2014, the top brass of the BJP, including Prime Minister Narendra Modi, Arun Jaitely and Ravi Shankar Prasad started calling on Jayalalithaa at her residence. In early 2016, Piyush Goyal was made to wait for a long time at Veda Nilayam. Later he went on to allege that his attempts to meet Jayalalithaa had turned futile and said: “Tamil Nadu is a state within a state.” He also criticised the servility of ministers to Jayalalithaa.

September 22 was the last day Jayalalithaa spent in her home. Later that day, she was admitted to Apollo hospital in Chennai.

Welcoming the court’s order, Deepak told Puthiya Thalaimurai, a regional news channel, that Deepa and he would decide which part of the house should be converted into a memorial. “As of now, we were asked to give a compliance report. We will focus on that,” said Deepak. Deepa too called it a ‘landmark judgement’.

“Even if the government accepts to convert a portion of the house into a memorial, they need our consent,” she said. If one goes by her statement, it seems that she is unwilling to convert the bungalow into a memorial.

It is interesting to note that CN Annadurai (after whom the AIADMK was named), MGR and Jayalalithaa had no Class I legal heirs. While Anna and Jayalalithaa had not written any will, MGR had written one. He had clearly said, in the will, that after his death, his Ramapuram residence should be converted into a memorial. He wrote so because he did not want to burden the exchequer.

Whereas, the government had set up memorials for leaders like Anna and Kamarajar.

Speaking to The Federal, Pugazhendi said it was he who first demanded that Veda Nilayam be owned by the state. “Jayalalithaa had died intestate. Only Jaya’s mother wrote a will. Jaya never appointed anyone as her legal heir. Neither Deepa nor Deepak lived with Jaya in that house. They never visited Jaya when she was in prison,” he said.

“But now they claim to have rights in her property. The court has pronounced the heirs based on blood relation. After eight weeks, I will intervene in the case if my party permits. The residence will definitely be converted into a memorial” said Pugazhendi.