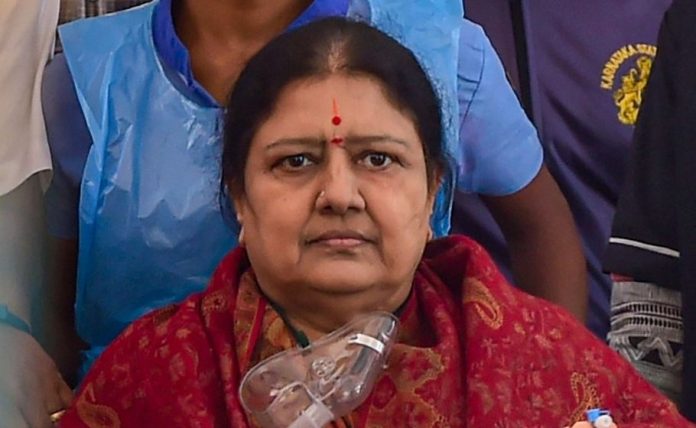 VK Sasikala is on a mission. The late J Jayalalithaa’s aide has chief minister Edappadi K Palaniswami quaking in his boots even before her arrival in Tamil Nadu, on February 8, after serving a four-year sentence in a Bengaluru prison.

She was to arrive in Chennai on January 27, the day chosen by Palaniswami to inaugurate the Jayalalithaa Memorial in a bid to prevent the ‘Chinnamma’ from forging an emotional reunion with the AIADMK cadres.

However, the government has hurriedly closed the memorial in a move aimed at denying Sasikala access to Jayalalithaa’s ‘samadhi’, and thus blocking any attempt to invoke the Amma’s “message” against the current chief minister.

It was almost exactly four years ago – on February 14, 2017 – that Sasikala took a vow at the ‘samadhi’ before leaving for the Bengaluru prison after the Supreme Court verdict finding her and Jayalalithaa guilty in the disproportionate assets case. She hit the gravestone three times and took three vows. What those vows were and how she would go about fulfilling them is a matter of conjecture. But EPS and Co are taking no chances.

Although elected unanimously as general secretary of the party and leader of the legislature party after the death of Jayalalithaa, Sasikala found her hopes dashed due to the SC verdict. She thought Palaniswami would be loyal to her. However, he “betrayed” her by getting a party resolution passed to oust her from the general secretaryship, and even its primary membership.

In true filmy style, Sasikala is now back with a vengeance. While Palaniswami is, at the moment, comfortable with almost all the MLAs, who prefer not to rock the boat, his worry is the dent that could be caused by the Sasikala return. Even though his government has been wooing the voters with a series of freebies, Palaniswami is acutely aware of the damage that could result from yet another bout of internal wrangling in the party.

The electorate has not yet forgotten the unseemly acts of groupism and the deep schism caused by the rift between the EPS and OPS factions, led by O Panneerselvam, who was gunning for chief ministership and general secretaryship of the party after the death of Jayalalithaa. Later, there was another round of groupism when TTV Dinakaran, Sasikala’s nephew, appointed by her as deputy general secretary of the AIADMK, led a revolt against the EPS leadership, which culminated in the disqualification of 18 MLAs (supporters of Dinakaran). Although none of these 18 MLAs could get re-elected in the by-elections that followed, the Dinakaran group continues to be a thorn in the flesh as far as the AIADMK is concerned.

With Sasikala back in Chennai, this disgruntled group is bound to flex its muscle in the run-up to the assembly polls.