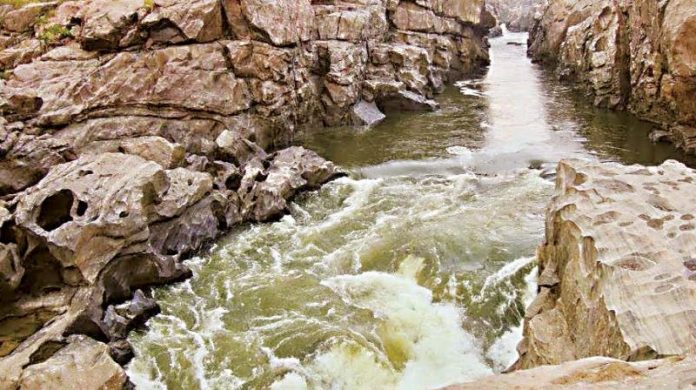 Tamil Nadu grabs every opportunity to make its position clear on the Mekedatu dam issue. The state government has been opposing this ₹9,000-crore reservoir project to be constructed near its border with neighbouring Karnataka and has even knocked on the doors of the Supreme Court to guard their rights over the Cauvery waters.

Karnataka, however, continues to dig in its heels claiming that the project will help them to solve Bengaluru’s water woes. The Opposition Congress party in Karnataka too is building up momentum to drum up support for the construction of the reservoir Mekedatu in Ramanagara district by embarking on a 90-km-long padayatra. On Wednesday (January 5), the TN government fired a salvo at the Karnataka government as the governor R N Ravi brought up the prickly subject in his speech during the opening session of the state Assembly.

Articulating the state government’s stand on inter-state disputes with Karnataka and Kerala, he said TN will continue to “fight for its rightful share of river waters”. “This government, which is committed to the welfare of farmers, will never allow construction of Mekedatu Dam by Karnataka across Cauvery river,” the Governor stressed in his speech.

TN’s emphatic statements of their opposition to the dam come amid Karnataka’s renewed efforts to build the Mekedatu project, just 4 km from the TN border. According to Karnataka, the purpose of the dam is to ensure adequate drinking water supply for Bengaluru (situated 90 km away). Proposed to come up at the confluence of Cauvery with its tributary Arkavathi, the dam is expected to have a capacity of about 66 thousand million cubic feet (tmcft) of water and would also generate 400mw of hydroelectric power. Besides, it is also expected to irrigate the parched lands in some districts of old Mysore region

At a press conference in Bengaluru, the former chief minister of Karnataka, Siddaramaiah said that once implemented, the project is expected to benefit a population of about 2.5 crore in 10 districts besides bringing down pressure on other reservoirs in the Cauvery basin. Currently, only 30 per cent of Bengaluru is receiving Cauvery water but once the project comes up, it is expected to address drinking water woes in Bengaluru, Kolar and Chikkaballapura districts, he said.

What is Tamil Nadu’s stand?

TN has repeatedly voiced its disapproval of the Mekedatu project. It is “not acceptable” to the state that Karnataka wants to utilise 4.75 tmc as drinking water from a reservoir with a storage capacity of 67tmc ft. Morever, they said that Karnataka has adequate infrastructure for drawing drinking water to meet the demands of the Bengaluru Metropolitan area.

In July this year, addressing an all-party meet on the Mekedatu issue, Tamil Nadu Chief Minister M K Stalin clearly laid out the reasons why the state was against the project.

Firstly, he explained that Karnataka is supposed to release Cauvery water from three sources – one being the water flowing in the areas downstream River Kabini, catchment areas of Krishnarajasagar reservoir, the sub-basins of Shimsha, Arkavathi, and Suvarnavathi rivers, and the water from minor rivers; secondly, water is released from Kabini dam and the third source is water that is released from Krishnarajasagar dam.

In the case of the second and third sources, which are under the control of Karnataka, water is released to TN only after storing sufficient water for their use. Since there is no dam in the first source, water from these areas have been freely flowing into TN without a hitch. But now, TN state government felt that Karnataka was “conspiring” to block this source as well through the Mekedatu dam, said a report in The Indian Express.

Mekedatu zone represented the last free point from where Cauvery water flowed unrestricted into the downstream state of TN from the upstream Karnataka.

Further, Stalin had questioned in the all-party meeting that if another dam comes up in the area then how would TN get water? He pointed out that Karnataka released surplus water to TN only when there is floods. “They do not give water as per the specifications given by the Cauvery tribunal and in the Supreme Court verdict,” he said, adding that the future of Tamil Nadu farmers will become a question mark.

Karnataka would store water in the new dam they will build and the water received by TN through the first source will be stored in it and TN feared that they would release just residual quantities of water. “This is the reason we are opposing a new dam at Mekedatu. Tamil Nadu government is firm that it will not allow a new dam at Mekedatu,” Stalin asserted. He rubbished the claim that Karnataka was building the new dam to meet the drinking water requirements of Bengaluru. According to Stalin, the dam is aimed at cheating TN.

Meanwhile, Karnataka CM Basavaraj Bommai too has thrown down the gauntlet declaring that there is “no compromise” on the Mekedatu issue. He blamed TN for using it to play politics, and said that “whichever party they may be from, they are opposing it for the sake of politics”.

Political observers, however, felt that it is not just politics and agricultural issues that are tied to the Mekedatu project. There is also the critical environmental angle with environmental activists pointing out that the proposed dam would inundate parts of the Cauvery Wildlife Sanctuary and also affect the Bannerghatta National Park and Chamarajanagar forests.