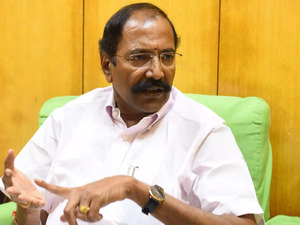 Vigilance raids were held in different parts of Tamil Nadu on Wednesday at the premises of senior AIADMK leader and former Minister P Thangamani, in connection with a disproportionate assets case, police said.

Searches were being held by sleuths of the Directorate of Vigilance and Anti Corruption (DVAC) in a number of locations in different parts of the state including Chennai, Karur and Namakkal among others, police said.

The period under check is between May 23, 2016 and March 31, 2020. Before the commencement of check period, accused no 1, Thangamani had assets worth ₹1.01 crores in the form of jewels, investments in business, motor vehicle, agricultural land and housing sites, etc.

After analysing various statements, the DVAC found out that Thangamani should have the likely savings of ₹ 2.60 crores at the end of the checking period.

“But he has acquired assets worth ₹4.85 crores in excess of his total income, which is disproportionate to the known sources of income”, the FIR filed by the DVAC said.

Further verification disclosed that S Dinesh Kumar, the son-in-law of Thangamani is one of the directors in MANTRO Network Private Limited (NEWS J channel), the FIR said.

Additionally the report claimed that there is reliable information that Thangamani and accused no 2, his son Dharanidharan have invested huge amounts from the ill-gotten money in crypto assets. More details are awaited.

He is the fifth former minister from the main Opposition party in the state to come under the vigilance net over alleged disproportionate assets, with the others being MR Vijayabhaskar, SP Velumani, K C Veeramani and C Vijayabaskar.