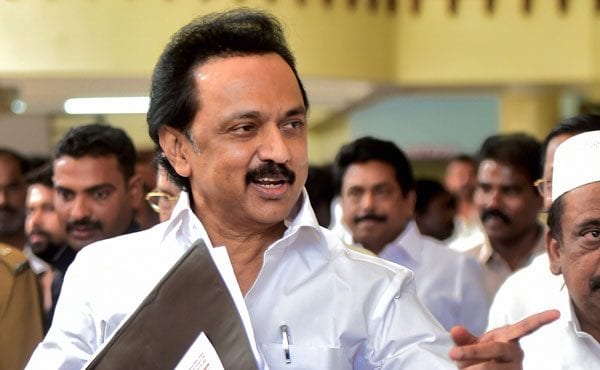 The DMK on Sunday (July 14) appointed a team to review the Draft National Education Policy, saying that the decision was necessitated by BJP-led central government’s “serious” attempts to somehow “impose” the Hindi language.

The Leader of Opposition in the assembly, MK Stalin said that allocation of funds in the Union Budget to support the appointment of Hindi teachers in non-Hindi speaking states was in “contradiction” to removal of compulsory Hindi clauses in the revised draft education policy issued last month.

“DMK is willing to seek opinions from experts in education on the draft National Education Policy, which is posing a threat to classical language Tamil,” Stalin said in a statement here. The nine-member team, including former higher education minister K Ponmudi and former school education minister Thangam Thennarasu, have been asked to submit a report within 10 days.

The report would be submitted to the Union Ministry of Human Resources and Development, he noted. Alleging that the BJP-led Centre was “serious” in somehow imposing the Hindi language, the DMK chief said, “The recent budget allocation to support appointment of Hindi teachers in non-Hindi speaking states is in contradiction to the revised draft education policy.”

Early last month, the Centre dropped the contentious provision of mandatory teaching of Hindi in non-Hindi speaking states and issued a revised draft education policy amid outrage over its earlier suggestion. The DMK and other parties in Tamil Nadu had strongly opposed the three-language formula in the draft National Education Policy and alleged it was tantamount to thrusting Hindi on the non-Hindi speaking states.

Rajini still has a part to play in TN’s ‘unstable’...

Scrapping of madrasas in Assam exposes religious bias and stereotype...

Hindus in TN are not communal, BJP’s polarisation plan wonR...