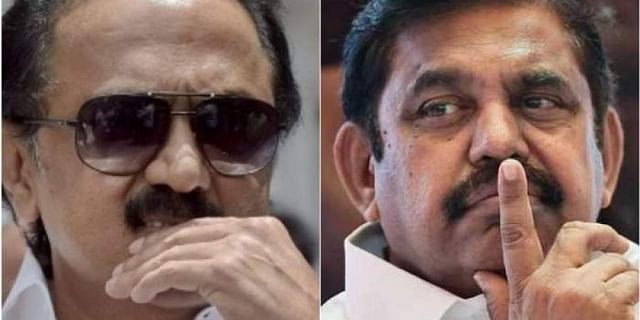 Both DMK and AIADMK will continue to ally with their coalition partners, the Congress and BJP respectively, to contest in these local body polls. PMK has decided to fight this election on its own

Traditional rivals DMK and the AIADMK will once again lock horns in the rural local body elections slated to be held in nine districts. In the wake of the Supreme Court decision ordering the Tamil Nadu government to conduct the these local body polls in the remaining nine districts by September 15, political parties in the state have been gearing up for the battle.

On August 29, KN Nehru, minister for municipal administration, said that the dates for the local polls in the nine rural districts will be announced in a couple of days.

These nine districts had missed the polls in December 2019 due to a delay in the delimitation exercise.

It is to be noted that the 2019 rural local body elections itself were held after three years of delay. It was only after the DMK filed cases in court that the AIADMK, which came to power for the consecutive second term in 2016, conducted the polls.

In June this year, the Supreme Court had directed the State Election Commission to conduct the local body polls in the nine districts before September 15.

Also read: Not only CM, any minister can make govt announcements in TN now

Local MLAs claimed that due to the delay in elections people in these districts have been reportedly suffering due to lack of facilities.

A Nallathambi, a DMK MLA from Tirupattur constituency said, “Since we have not had local body elections for the last five years, people have been affected due to the lack of basic amenities like street lights, water connection, etc. We will take up these issues with the people besides promoting the DMK’s hundred day achievements.”

In this poll battle, while DMK has ordered its district secretaries to publicise DMK’s handling of COVID-19 among the public, AIADMK will highlight how the ruling party has gone back on its poll promises

“In its election manifesto, the DMK had promised that it will restore the old pension scheme and provide financial assistance to homemakers once the party comes to power. But they have not kept their promises and we will take these issues up with the people,” said S Ravi, an AIADMK MLA from Arakkonam constituency, Ranipet district.

He also pointed out that one of the main reasons minister Durai Murugan won from Vellore was because of the government employees’ postal votes.

Both DMK and the AIADMK will continue to ally with their coalition partners, the Congress and BJP respectively in these local body polls. Meanwhile the PMK, one of AIADMK’s allies, has reportedly decided to contest alone. Since the DMK has ensured a 10.5 per cent reservation for the Vanniyars, it is going to be a challenge for the PMK to prove its mettle in the northern districts such as Ranipet, Tirupattur, Kanchipuram, Chengalpattu, Villupuram and Kallakurichi.

Likewise, after Nainar Nagendran’s victory in Tirunelveli, the BJP is also confident. The national party has formed a 17-member team to take up the poll work.

In July, KN Nehru had announced that the state will conduct the urban body polls before the year ends.

During the debate on subsidies in the Assembly, the minister had also declared that six municipalities such as Tambaram, Karur, Cuddalore, Kumbakonam, Sivakasi and Kanchipuram will be upgraded to Corporations and 28 town panchayats will become municipalities.

Talking to The Federal, S Nandakumar, general secretary of Thannatchi, an organisation working towards creating awareness on local body governance said that a lot more educated youths were showing an interest in contesting the polls.

Out of the 2,903 panchayats going to the polls in these nine districts, young people were coming forward to contest in at least 600 panchayats, he said.

“While union and district posts are contested with party symbols, the panchayat president posts are contested on an individual basis. So, a large number of youths without any political backup are showing interest in contesting this polls and this is a welcome change,” he said. Meanwhile, it is back to the battleground for the Dravidian majors.