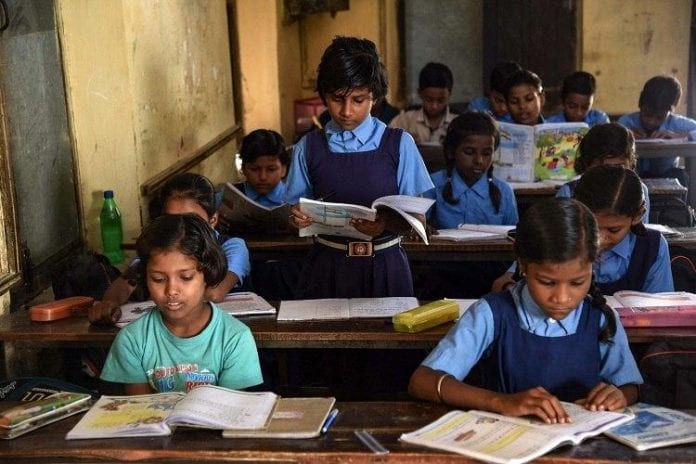 With political parties in Tamil Nadu getting ready for the assembly election, civil society organisations in the state have unveiled their own manifestos detailing their expectations from the government.

The organisations are also in the process of meeting senior politicians and persuading them to include some of their demands in party manifestos.

Tamil Nadu witnessed floods in 2015 and drought in 2016 and 2017. In 2019, Chennai suffered water scarcity – it was feared that the city could soon run out of water. In 2020 and January 2021, the state received historic amounts of rainfall that flooded farmlands.

A recent paper on the Chennai water crisis published in Current Science by Suman Nigam et al shows that the city’s water woes arise not from insufficient rainwater, but from suboptimal harnessing of related runoff.

The manifesto issued by the environmental organisation Poovulagin Nanbargal demands that political parties must promise to set up a separate ministry of water resources and river reclamation. It demands that Chennai, Kanchipuram and Tiruvallur districts must be declared regions of ecological and hydrological importance.

To give a push to delta region, which has been converted as ‘Protected Agricultural Zone’, the parties must make efforts to close existing, conventional hydrocarbon wells, the manifesto said.

“At a time when more and more farmers are shifting from water intensified crops like paddy and sugarcane, the governments should think of fixing a minimum support price for millet, which requires less water. They should also be distributed through public distribution system. Also when the state is performing well in tapping solar energy comparing to other states, the political parties should focus on such renewable energy more,” said G Sundarrajan, member of Poovulagin Nanbargal.

During the Lok Sabha election in 2019, the NEET became an important agenda. However, in 2020 the ruling AIADMK regime introduced a 7.5 per cent sub-quota reservation for government school students in government medical seats who cleared the NEET exams. In this election, NEET has not turned into a major issue. But there are other problems such as implementing 69 per cent reservations in central institutions in the state or the programmes funded by the Centre.

Pallikkalvi Paathukappu Iyakkam, which works towards strengthening government schools, has put revoking the New Education Policy (NEP) 2020 as its major demand. It asks political parties to bring back education from Central List to Concurrent List or State List. There should be no entrance exams for any kind of institutions which were established by the state government.

The state is steadfast in continuing its two-language policy. The Gross Enrolment Ratio (GER) of the state is 49 per cent. If NEP is adopted, the medium of teaching will be in English instead of the regional language of the particular state, and there is a possibility that entrance exams to other graduation courses will be conducted through a National Testing Agency. That will bring down the GER, the manifesto fears.

“The learning of English language is the main problem for government school students. Government schools too have started English medium sections and the staff teaching Tamil medium students also teach English medium students. This is not right. So we need political parties to promise to change this situation by giving an assurance that the teachers who are specially trained by institutes like Central Institute of English and Foreign Languages, Hyderabad, will be appointed in the government schools,” said the organisation’s secretary, J Krishnamoorthy.

The manifesto prepared by organisations working on local body governance has come up with a slogan: ‘Autonomy to Local Bodies’. The manifesto came at the outset when the state government has not granted accord to conduct gram sabha meetings after January 26, 2020. The meeting should be held four times a year. It is to be noted that Tamil Nadu conducted rural local body elections only in December 2019 after a three-year delay.

Interestingly, the environment and education manifestos have stressed that local bodies must be involved in conserving natural resources and strengthening government schools.

One of the major demands found in the manifesto is that panchayats should be given powers to set up TASMAC shops; that a ‘Local Self-Government List’ should be formed – along the lines of the Central List and Concurrent List and State List – to ensure greater autonomy.

“Like in Kerala, the government here must clearly define the roles and responsibilities of each panchayat posts. As of now, the panchayat representatives are acting only on oral orders. This creates a lot of confusion and delay in implementing schemes. Moreover, the panchayat president, vice-president and ward members should be ensured to get salaries. The political parties should promise they would bring 5 per cent reservation to differently-abled in the local bodies,” said S Nandakumar, general secretary, Thannatchi.

Which World Cup starlet can replace Messi and...

AAP now a national party despite poor show in...