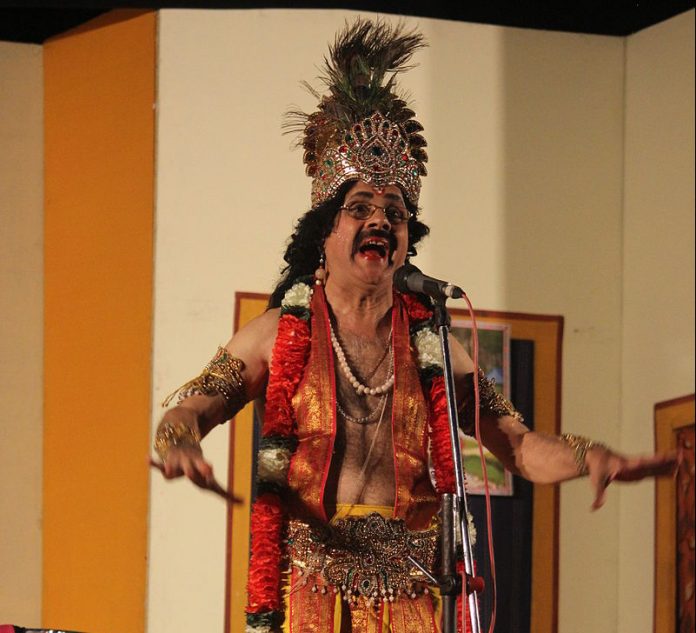 During his days at the College of Engineering, Guindy, Mohan Rangachari penned a play, “Great Bank Robbery”, which got him awards for best actor and writer at a college-level competition. The year was 1972 and Kamal Haasan, then barely a chit of a man but already popular as a film actor, gave away the awards to Mohan. Later in life, it was again Kamal who helped Mohan, by then an accomplished theatre playwright, reach the heights as dialogue writer in comedy films.

Crazy Mohan, who added Crazy to his name after his theatre group Crazy Creations, died on June 10 at Kauvery Hospital in Chennai. Mohan who was active until the very end complained of chest pain in the morning at his home. Admitted to the hospital at 11 am, he was dead by afternoon. He was 66.

Mohan’s humour was never ribald. There were no double meanings. There was no slapstick. It wasn’t self-deprecatory, nor did it put down others. In short, his brand of humour had little in common with the stock-in-trade of Tamil cinema. Yet, his clean humour expressed in dialogues delivered with perfect comic timing were a big hit with the masses.

Mohan came from the theatre where he had a long and successful run, writing and staging more than 25 plays, some of which were staged upwards of 700 times. His Crazy Creations that featured his brother Madhu Balaji was his primary vehicle. Theatre was a passion for this mechanical engineer who worked for a TVS company. It helped him get noticed by veteran film director K Balachander who introduced him as a dialogue-writer in movies where his fame grew.

Mohan was also an accomplished short story writer in Tamil. The themes of his plays dealt with middle class foibles, just like his plays, and were rendered with the same humour. Among his creations were venbas — a Tamil poetic form — written in praise of Lord Krishna to sync with cartoons sketched by veteran cartoonist, Keshav.

An engineer by profession, Mohan developed an interest in writing way back in 1967. It was at College of Engineering, Guindy, that he became a full fledged playwright.

An early success was Crazy Thieves In Palavakkam in 1976 — a runaway hit featuring SVe Sekar. The title was inspired by a movie series that included films like Crazy Boys of the Games. Veteran director K Balachander introduced him to films by turning Mohan’s Marriage Made in Saloon into ‘Poikkaal Kudhirai’ in 1983.

Despite his hits in the film industry, he continued to stage plays through Crazy Creations. Later day hits were ‘Jurassic Baby’, ‘Madhil Mel Maadhu’ and ‘Google Gadothgajan’. ‘Chocolate Krishna’ has set a record in Tamil drama world after being staged more than 700 times.

He also had his stint as a journalist in Tamil weekly magazine Ananda Vikatan for some years. During his time there he wrote a drama ‘Five Star Palagaarak Kadai’, which was serialised in that magazine.

Crazy Mohan wrote the dialogues for the Tamil film, Ratchagan, that featured Girish Karnad as the rich dad of the heroine. Karnad passed away on the same day as Mohan.