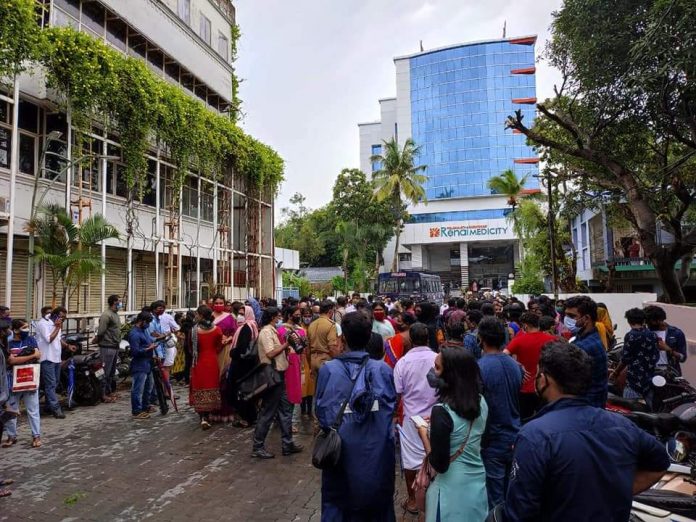 On July 15, 2021, Anannyah Kumari Alex, a model, anchor and RJ, told the Malayalam news portal ‘The Cue’ that she was a victim of “gross medical negligence”. “My private part looks like a piece of meat, it has no resemblance to a vagina. I want to conduct a re-surgery, I want justice,” she said. Five days later Anannyah was found dead in her apartment in Kochi.

Anannyah had undergone gender affirmation (sex reassignment) surgery a year ago. She said the surgery had been a failure. She could not even sit, laugh or cry without pain. She said she had to use eight to 12 sanitary pads a day due to continuous bleeding.

Anannyah was the first transgender person to contest election in Kerala. She stood from Vengara constituency in Malappuram District against the IUML stalwart, PK Kunjalikkutty, and LDF’s P Jiji. She wanted to prove that trans people also could be good leaders and policymakers. “Every transgender person should be able to live in their homes without hiding their identity. The society should transform enough to accept us as we are,” she said.

Anannyah declared that she wanted to enter politics to bring change. A Google search shows video footages of Anannyah talking to the media during the time of election campaign last year, expressing her determination and hope for a trans-friendly society.

Anannyah was born into an ordinary family in Kollam District as the ‘son’ of economically struggling parents. She was sent to an orphanage age 14 – as soon as her gender identity became a ‘point of question’. Anannyah, like many others, female or transgender – also had to go through traumatic experiences of sexual abuse in her early teens. She was sent to an ‘ashram’ in Palakkad later to ‘fix’ her identity. Unable to cope up with the inhumane practices of ‘fixing’ one’s gender, Anannyah migrated to Bangalore. In 2020 Anannyah revealed that she had done menial jobs to survive and at one point even begged.

By the time Anannyah came back to Kerala, the trans community had attained more visibility. She started her career as a make-up artist, worked in films, had accomplished her dream of becoming a celebrity anchor. She anchored many stage shows including programmes organised by the government. Last year she underwent gender-affirming surgery.

A Long Way to Go

Anannyah told several media that she had been a victim of medical negligence. She had undergone vaginoplasty in Renai Medicity hospital in Kochi in June 2020. She said she had been suffering from severe physical discomfort and pain since the surgery and it was hard for her even to urinate. During a discussion on the social media platform ‘Clubhouse’, she sounded heartbroken. Gender right activists were trying to organise crowdfunding for her treatment and another surgery to fix the health issues she had been going through.

Kerala has a robust healthcare system, but no government hospital offers gender affirmation surgery. Only a handful of private hospitals provide the surgery and related therapies.

“We have had several discussions about this with the authorities. The government sector does not have the expertise to perform the surgery. In this scenario, the community members are forced to depend on the private sector – on just a few doctors and hospitals,” said Prijith PK, president of Queerythm, an organisation for queer people.

Prijith told The Federal that members of the community are forced to mute themselves even in the face of medical negligence, as most of them have to depend on the very same doctors and hospitals.

A team of queer rights activists, including Prijith, have lodged a police complaint demanding immediate suspension of gender affirmation surgeries in Renai Medicity. Dr Sandeep Vijayaraghavan, who specialises in gender affirmation surgery, said government medical colleges are not in a position to dedicate theatre time for such a lengthy surgical processes. According to experts like him, the problem lies not in any dearth of expertise, but in the absence of a policy that prioritises such issues.