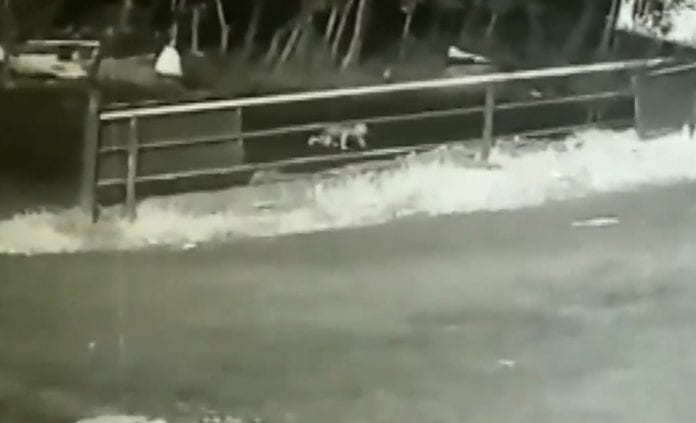 A one-year-old toddler had a miraculous escape as she accidentally fell off a moving jeep on a road inside a dense forest here and crawled to a nearby check-post in Rajamala in Kerala’s Idukki district, police said on Monday (September 9).

The girl child, sitting on her mother’s lap, fell off the vehicle on Sunday night (September 8) after her parents, exhausted by the journey, had dozed off.

They had travelled several kilometres when they realised that the child was missing, officials said.

#WATCH Kerala: A one-year-old child falls out of a moving car in Munnar region of Idukki district. The girl child was later rescued and handed over to the parents. (08.09.2019) pic.twitter.com/tlI7DtsgxU

Wildlife officials at the check-post heard the child’s cries and found her on a forest path which is often used by wild animals, including elephants, they said.

The baby suffered minor injuries to her face and forehead due to the fall. She was taken to a nearby hospital, where first-aid was administered, and the police were informed, the officials said.

CCTV visuals of the check-post which showed the baby falling off the jeep and crawling to safety have now gone viral on social media.

The child and her parents, natives of nearby Kambalikkandam, were returning home after a visit to the Palani temple in Tamil Nadu, Santhosh KS, sub-inspector, Munnar, said.

After completing the necessary formalities, the child was handed over to the parents at around 1.30 am on Monday, he added.

After CBSE, more state boards cancel Class XII exams; some yet to de...