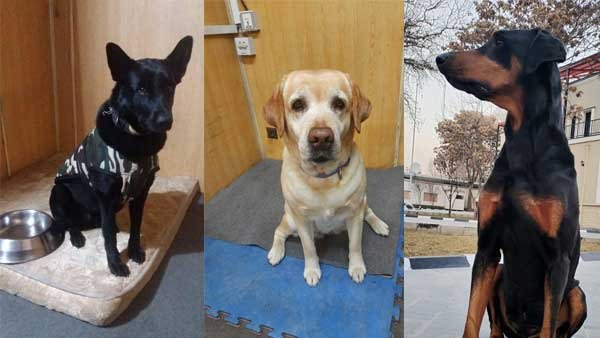 The two-judge bench observed that Kerala which calls itself to be ‘God’s Own Country’ to visitors who come calling to its shores, cannot be seen denying just privileges to its animal inhabitants

The Kerala High Court has on Tuesday (November 3) come down heavily on resident associations that bar people from keeping pets, and even prohibiting pet-owners to use elevators and common facilities in apartment buildings. The two judge bench declared such behaviour as “illegal, unconstitutional and unenforceable”.

The court was hearing a public interest litigation filed in July by Karthika Anayara, the secretary of Thiruvananthapuram-based NGO ‘People for Animals’. In the petition, he had alleged that the office-bearers of the resident association of his building had asked apartment owners to remove pets from the premises, citing bye-laws of the association, said media reports.

Citizens have the right to keep pets, said a bench comprising Justices AK Jayasankaran Nambiar and Gopinath P. The bench went on to add that our coastal state that announces itself to be ‘God’s Own Country’ to visitors who come calling to its shores, cannot be seen denying just privileges to its animal inhabitants, said a report in ThePrint.

However, the judges made it clear that “freedoms recognised in animals, and the co-relational right recognised in pet owners” were not absolute. Resident associations can still frame reasonable conditions that pet owners must follow. The bench ruled that clauses in any bye-law or agreement that absolutely prohibit a person from keeping a pet of his/her choice in a residential unit occupied by that person, “should be treated as void and unenforceable in law.”

Notice boards and signposts prohibiting the keeping or entry of pets in premises is also not allowed, according to the court. The court directed the state government to instruct the State Animal Welfare Board and law enforcement agencies to immediately take action against complaints filed by the citizens against violation of the court’s judgment.

Meanwhile, the Kerala government in a statement to the NGO’s petition said that they do not consider such stipulations in bye-laws justified as well. It violates the fundamental rights of the occupants of the apartments to keep pets of their choice, as recognised by the Supreme Court, asserted the government.

In their judgement, the court had also traced the “trajectory of animal rights jurisprudence in India”. It commented that it has “sadly been a retrograde one”. Earlier, humans regarded animals, as living beings containing a life force and therefore morally worthy, but today, humans alone are seen as solely morally worthy and privileged to enjoy the bounties that nature has to offer.

The court then cited a research paper and noted how religions such as Jainism, Buddhism, Hinduism and Islam have spoken about treating animals with respect.

Besides quoting from the Supreme Court’s jallikattu judgement on the basic five freedoms animals must inherently enjoy, the court referred to another judgement issued by a division bench of the Kerala High Court. This judgement showed that people can rear pets and it is linked to their fundamental right to privacy under Article 21 of our Constitution.