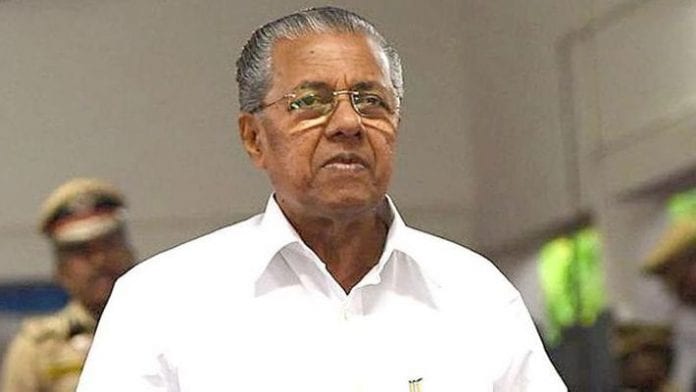 Pinarayi Vijayan has promised to continue with his government's bold agenda. | Photo: PTI

Poverty alleviation, improvements in higher education, safety of women and children – Chief Minister Pinarayi Vijayan announced the priorities of his new government on Friday, a day after the Kerala Cabinet held its first meeting in Thiruvananthapuram.

Vijayan said the administration will continue the policies implemented by the previous government, with a focus on health and education. Policies and programmes for strengthening social and gender justice, agriculture, services industry, science and technology and infrastructure also will be given priority, he said.

“The government will also give priority to employment creation and inclusive development,” said Vijayan, promising to create 20 lakh jobs in the state.

The CM said Kerala will resist the Centre’s plans to “communalise” higher education, and will develop an alternative approach to the sector.

According to experts, between five and six lakh people in Kerala live in absolute poverty. The state applies a different metric to count the number of families living below poverty line, and does not follow the Centre’s criteria, said Dr Ramakumar, a member of the state planning board.

Kerala’s new 21-member Cabinet was sworn in on Thursday in a simple ceremony in view of COVID restrictions in the state. There were only around 350 to 400 participants, with the opposition remaining absent. Before the ceremony, Vijayan, his cabinet and prominent Left leaders gathered at the Punnapra Vayalar Martyr Memorial in Alappuzha and paid tributes to the state’s leftist leaders.