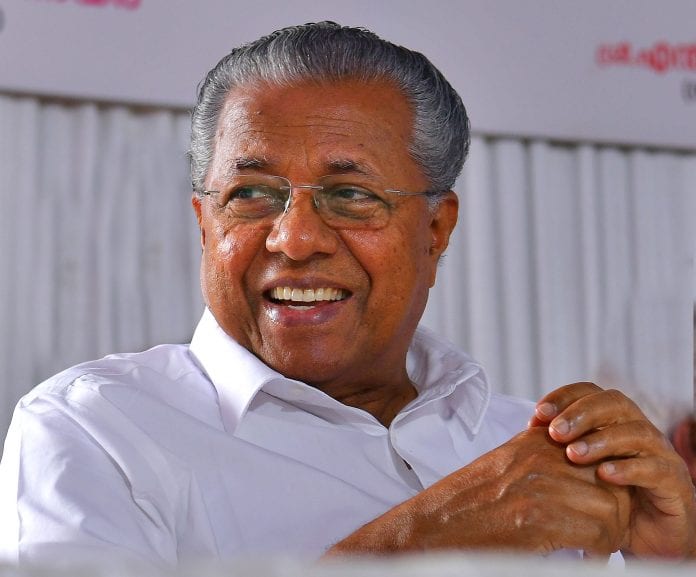 The Left Democratic Front (LDF) government in Kerala is facing the heat from central investigative agencies in the gold smuggling case, prompting the CPI (Marxist) mouthpiece ‘People’s Democracy’ to train its guns at the Congress-led UDF and BJP for “targeting Chief Minister Pinarayi Vijayan” with next year’s elections on mind.

An editorial in ‘People’s Democracy’ accused central agencies — National Investigation Agency, Customs and Enforcement Directorate —  probing the gold-smuggling case, of “using it as a springboard to extend their enquiries into various government projects and schemes.”

“The efforts to discredit and denigrate the Left Democratic Front government in Kerala have been mounting in the past few weeks. The Congress-led UDF and the BJP have conducted agitations, utilising the gold smuggling case to target Chief Minister Pinarayi Vijayan and the LDF government,” the mouthpiece said.

“As the assembly elections draw closer, the Congress and the BJP have moved explicitly to widen the ambit of their attack on the government. Some of the central agencies have also been enlisted in this nefarious game,” it added.

The editorial supported the Chief Minister for promptly asking the Centre to investigate when the smuggling of gold through diplomatic baggage was discovered in July.

The editorial piece said the Home Ministry was wrong in handing over the case to the NIA, when there was no prima facie ground to suspect any terror funding or national security threat.

Also read: Cong has to act fast if it doesn’t want to be in history’s dustbin

“The leader of Opposition, Ramesh Chennithala, and the state Congress have been repeatedly demanding probes by the CBI and other central agencies at a time when the all-India leadership of the Congress party and president, Sonia Gandhi, have publicly declared that the central agencies like the CBI, NIA and Narcotics Bureau are being misused to target the opposition,” it said.

The mouthpiece laid emphasis on the strange ‘coordination’ between Congress and BJP in Kerala giving examples of how leaders of both parties made similar statements in the gold smuggling case.

The CPI (M), through the article, accused the UDF and BJP of attacking LDF government’s development efforts in Kerala which, the editorial says “got widened with the report of the Comptroller and Auditor General (CAG) on the Kerala Infrastructure Investment Fund Board (KIIFB)”.

The CPI (M) Congress-BJP nexus is evident in the effort to weaponise the CAG report against the LDF government, it said. “A petition in the High Court has been filed by a leader of the RSS outfit, the Swadeshi Jagaran Manch, which wants the court to declare the bonds issued abroad as unlawful and the funds so raised by KIIFB frozen. The lawyer representing the SJM leader is a general secretary of the Kerala Pradesh Congress Committee, Mathew Kuzhalnadan. The Congress and the BJP have no qualms in ganging up to disrupt the pro-people programmes and developmental efforts of the LDF government,” the editorial in People’s Democracy said.