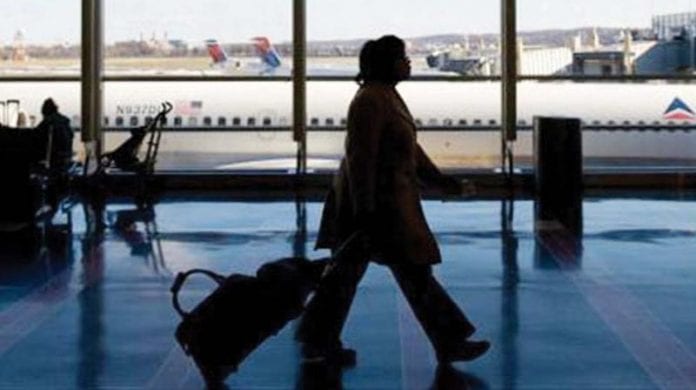 Rahul Soman, a senior systems engineer living in San Francisco, had packed off all his stuff, sold his car, furniture and other household things, and booked three tickets back to India for his wife, son, and himself. His H1B visa tenure of six years had ended. After COVID-19 turned the world upside down, borders were closed and travelling was banned, thousands like Rahul got stranded.

Even when flight services resumed, Rahul remained stuck. Both his wife and he could not travel back to India as they were Indian citizens. But his three-year-old son had no place in Vande Bharat mission as he was a US citizen. The children of Indian parents born in the States attain citizenship of that country by birth. There are thousands of Indians in the US like Rahul. They generally obtain Overseas Indian Cards for their children which allow them to enter and exit India.

However, during the complete travel ban, the Centre allowed only Indian nationals to repatriate in the Vande Bharat mission. This left a lot of Indians in the US distressed as they could travel leaving behind their children. After much pressure, this norm was relaxed with an order from the Ministry of Home Affairs dated May 22, that allowed minors holding Overseas Citizen of India cards to travel back.

Indians living in the US, who are generally viewed as a creamy layer community among NRIs, are the worst hit by the sudden turn of events following the pandemic. Unlike the NRIs in Gulf Cooperation Council countries, a large group of Indians in the US remain stranded even after the flight services resumed due to different set of rules with regard to visa, employment and student status and citizenship.

Senior citizens on temporary or tourist visa, pregnant women, students under various categories, dependent spouses, minor children of Indian parents having US citizenship who are yet to take OCI cards, professionals on H and L category visas of which tenure got expired have been facing a diverse range of challenges.

With the loss of jobs, staying beyond the tenure of visa costs heavy in a country like the US. “This is a capitalist country; you cannot survive a single day without sufficient income. You have to pay for everything. Most of the Indian students pay their semester fee by doing part-time jobs. Such jobs ceased to exist since the lockdown started. There are many who are ousted from educational institutions for failing to pay the semester fee,” says Rahul Soman who has volunteered for coordinating with the stranded Keralites, collecting their data and helping them connect with authorities.

As of May 30, 3,155 Keralites registered with NORKA Roots (Non-Resident Keralites Affairs-a department of the Government of Kerala) for repatriation due to the pandemic. Till date, only one flight has been operated to Kerala, the one from San Francisco. It landed in Kochi on May 25 with 104 passengers.

As the embassy remains paralysed, the repeated SOS messages from stranded Indians receive no response. Sruthi* is a psychology student living in Florida with her husband and their newborn. Sruthi’s husband Naveen is on a dependant visa and they were surviving on part-time jobs. She is on F1 visa and her husband on F2 and the toddler has neither a visa nor an OCI card. As the embassy remained closed they could not even apply for a visa for their child. They received only automated replies to the mails they flooded the embassy with.

As per the order dated on May 20, OCI cardholders are permitted to travel back to India. This includes minors with OCI cards, couples where one spouse is an OCI cardholder and the other is an Indian national and students who have OCI cards whose parents live in India. However, thousands of Indians like Sruthi and Naveen are clueless as they have neither OCI cards nor visa for their child.

“There are thousands of Indians who have not started the procedures of getting OCI cards for their minor children,” says Anupama Venkitesh, a member of Loka Kerala Sabha, an international platform of Malayalee representatives across continents initiated by the Government of Kerala. Anupama, a former journalist in Kerala, added that even she had not yet applied for it. Anupama and her husband retain their Indian citizenship while their US-born son holds US citizenship. “We have taken Indian visa for him which has a validity of six years, hence we were not in a hurry to apply for OCI card,” Anupama told The Federal.

The children born in the US get birth certificates and passports which are sufficient documents in normal times. Hence no one was in a hurry to apply for OCI cards as nobody expected a pandemic.

“Instead of lifting travel ban for OCI cardholders, the Centre should have permitted the Indian citizens with their minor children irrespective of their status of holding OCI card or US passport,” says Anupama. She has been coordinating with the stranded Keralites to put their data together and bring it to the attention of both the Centre and State. She added that the Centre needs to consider evacuating visa expired Indians by prioritizing senior citizens, pregnant women and students.

Indian professionals working in US companies under H and L category visas have to switch to tourist visa if the tenure of their job visas are over. This incurs heavy charges that many cannot afford. They face large scale retrenchments too. If a person holding an H1B visa is laid off, he gets 60 days to find another job by which he can retain his legal status of living in the US. Otherwise, their further stay in the US would be considered illegal.

Senior citizens who went on holidays to spend time with their children working in the US is another category of Indians severely affected. Most of them have carried medicines for a few weeks only. Medical treatment for those on tourist visa who do not have insurance coverage and incurs non-affordable charges for Indians.

The Indian community in the US are tired of sending emails and representations to the Centre and their respective state governments. What they receive in return is insensitive and jingoistic responses. “The Indian citizens working and living in the US should have opted Indian citizenship for their minors. Government cannot give priority to those who preferred to choose US citizenship for their children,” says V. Muralidharan, the Union Minister of State for External affairs in a zoom meeting conducted on May 16 with the representatives of Malayalee associations in the US.

The Malayalee organisations together put the following demands to the Government of India.

None of the above except the request for the permission for Indian parents to travel with their minor children holding OCI cards was resolved so far.

Thiruvanathapuram MP Sashi Tharoor said he has been in touch with the foreign minister and the civil aviation minister on the issue.

“I have been speaking regularly to the foreign minister and the civil aviation minister about our Indians in the US: to increase the number of flights; to liberalise who can come like foreign citizens with Indian parents or spouses; to fly direct to Kerala rather than to Delhi/Mumbai, where Keralites would have to undergo quarantine on arrival before flying home, where they will again have to be in quarantine under Kerala rules. Their reply is still awaited, but the ministers seem open to the idea,” he said.