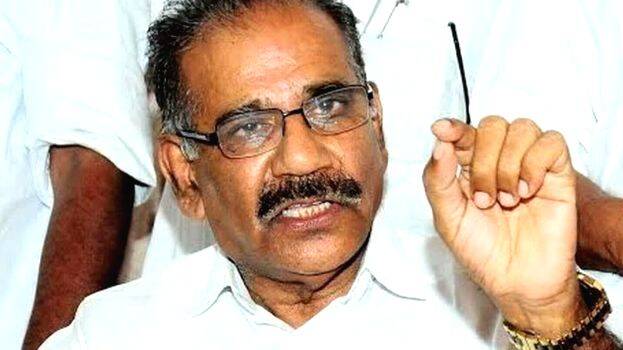 Kerala Forest Minister and NCP legislator AK Saseendran put the LDF government in a tight spot ahead of the second session of the assembly on Thursday, after an audiotape of the minister attempting to shield a party aide from scrutiny in a sexual harassment case went viral.

The scandal provided ammunition to the Opposition argument that the LDF’s recent campaign against dowry, gender injustice and misogyny, Sthree Paksham, was an eyewash.

The Leader of the Opposition, VD Satheesan, said Saseendran had tried to coerce an NCP worker to prevail on his daughter to withdraw a sexual harassment complaint against a state-level leader. The victim had stated that Saseendran had stuck a menacing tone with her parent. The minister seemed to know the case registered at the Kundara police station in Kollam.

Satheesan said the minister had misused his office to afford government protection to a sex offender. The minister’s continuation in the Cabinet was morally untenable, he said.

Saseendran denied the allegation. He said he had merely intervened to settle a dispute between two NCP workers. He was not aware of the true nature of the complaint and did not know it was a case of sexual harassment. The NCP state leadership has hinted that it would investigate the episode.

In 2017, as transport minister in the previous LDF government, Saseendran became embroiled in a salacious telephonic conversation with a woman who posed as a reporter for a fledgeling television channel. The channel later aired the conversation, unleashing a political storm that swept Saseendran out of office.

The CM later reinstated Saseendran after the police concluded that he was “the victim of a sting operation launched by the channel to gain relevance and viewership”.