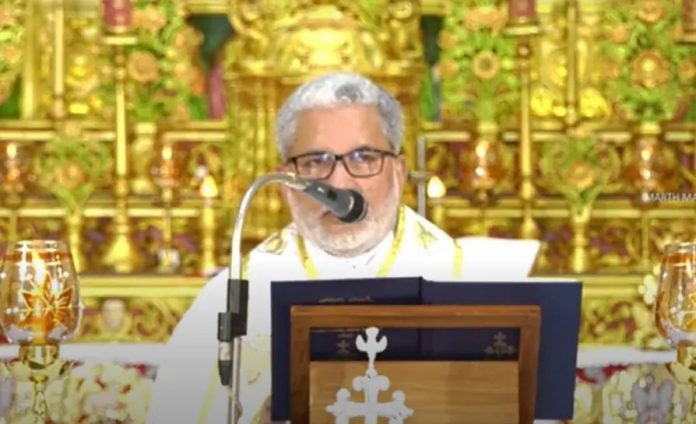 The Kerala BJP has supported Catholic Bishop Joseph Kallarangatt’s controversial statements on ‘love and narcotics jihad’, which created a furore in the state and elsewhere.

Saying that the remarks reflect ‘the voice of the Christian community’ in the state, the BJP has asked the Centre to bring in law against ‘love jihad’ and ‘narco-terrorism’.

“The intervention by Bishop, His Excellency Joseph Kallarangatt of Pala, Kerala during sacred worship is not just a wake-up call for his dioceses, it is the voice of the community who are victims of love jihad and the fallout of narco-terrorism. The cases of love jihad and drug abuse victims are ramping up,” BJP spokesperson Tom Vadakkan said.

“My appeal to the Central government is to bring central legislation to book such elements, and bring in fast track courts to deal with narco-terrorism and love jihad,” Vadakkan said.

Vadakkan said the state had not taken any inputs from multiple investigative agencies in this matter into consideration. He also said the Bishop council had raised the issue after they received complaints from devotees that young girls are lured and they fall prey to ‘love jihad’ and ‘end up in foreign jails’ later. He also said that this ‘has to be accounted as human trafficking.’

“The rising drug abuse in different communities has affected peace within families and has created socio-economic disorder of disastrous levels,” Vadakkan said in the statement.

The Bishop’s statement on Thursday has created a lot of communal tension in the state. While the CPI(M) and Congress have slammed the statement, BJP has come in support of the Bishop. Kerala CM Pinarayi Vijayan said that there was no need to give religious colours to the narcotics trade.

Kerala Catholic Bishops’ Council (KCBC) said on Saturday that the bishop was sharing the ‘community’s concerns’ and his words were “not aimed at any particular community”. The statement also said that the topic should be debated with seriousness and it should not be made controversial.