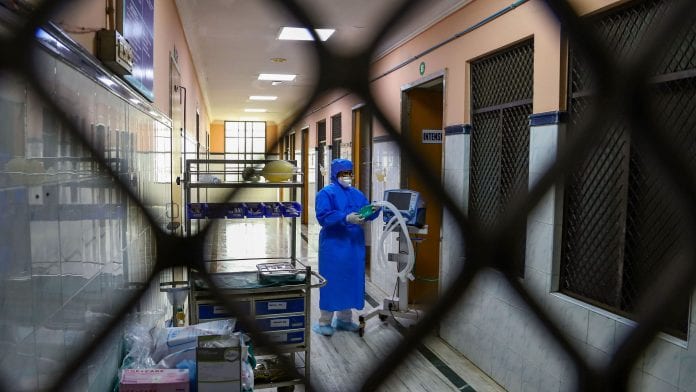 Being in isolation is not a dull prospect if you are in Kerala — this attestation comes from Shakir Subhan, an avid traveller and YouTuber who was under quarantine care at the Government District Hospital, Kannur, Kerala.

“Being in isolation in a hospital in Kerala is not a solitary confinement that pushes you into a state of scare and depression. On the contrary, you will be tired of care and attention,” he said.

Shakir spent three days in the isolation ward and did three episodes on his YouTube Channel on experiences in isolation.

Shakir, who has visited 24 countries, was on a world tour on his bike. The tour started in October last year. In the early days of coronavirus scare in Iran, Shakir was in one of the worst-affected places called Rasht. After 15 days in Iran, Shakir arrived Azerbaijan. His attempt to go to Georgia or Russia failed as he was denied entry. Shakir took a flight to Kerala via Dubai and reached Kannur International Airport on March 6.

On landing, he was examined at the airport and taken to the district hospital on an ambulance. He posted the video on his channel and it went viral.

Shakir’s videos, right from the one showing him being examined at the airport to the discharge, were widely appreciated. Kerala Health Minister K.K. Shylaja, who was previously honoured for handling the Nipah outbreak of 2017 and 2018, also lauded Shakir and his work. The first three confirmed cases of COVID-19 was reported from Kerala in January and all three of them got cured and were released from the hospital.

The corona survivors too vouch for what Shakir has shown in the video. Kerala’s isolation wards do not ‘isolate’ people. There are doctors, nurses, and counsellors to support them. Then the District Medical Officer and even the State Health Minister stay in touch with those in isolation.

“The doctor came as soon as I reached the hospital. My blood sample was taken. He was very nice to me. He told me there was nothing to worry. I was not worried about myself. I know corona is not as deadly as Nipah if we get proper medical care,” he said.

Detailing the diet, he said the breakfast comprised bread, milk, and eggs. “There were medicines three times a day and blood pressure and temperature checks at regular intervals. The happiest thing for him was that nobody restricted him from doing vlog. “Internet is available, you can use the mobile phones and laptop and read books if you want to,” he said.

There was no restriction on food too. “My family members and friends delivered delicious food with fish fry and beef roast. The only restriction was that I was not allowed to meet them. We are also instructed not to mingle with other patients and not to use things being used by them. All these restrictions sounded very rational to me,” says Shakir.

“Doctors and nurses visit me at regular intervals and keep asking whether I faced any difficulty. On the third day, I got the result of my blood test. It was negative and I was allowed to go home on the day itself,” he said.

Shakir has one piece of advice to people who hide the travel history and illness. “If you dodge screening, you might be able to go home, but you have to be scared and watch yourself for 28 days. If you report and go straight to the isolation ward in a government hospital, you get cleared in three to four days,” he said.

According to Shakir, the quality of Kerala’s healthcare system is as good as any other country. “I travelled through the worst-affected places in Iran. People were dying. I boarded the flight from Baku International Airport (Azerbaijan) and took a connection flight from Dubai. But I had my screening of health and travel history only at Kannur airport,” he said.

Mumthaz (name changed), the first corona survivor, also speaks highly of the medical care and emotional support she received in the isolation ward.

She was admitted to the Government District Hospital, Thrissur, and later shifted to the Government Medical College, Thrissur. “All of them were very sensitive and never let me down. In addition to the emotional support extended by the doctors and other staff members, there were trained counsellors too. In fact, I was not scared or depressed, being a medical student, I know what COVID 19 is. I was only worried about my mother because I had close contact with her. She only accompanied me in the ambulance to the hospital. She was also admitted to the isolation ward for observation. Later, she told me that the Health Minister directly called her on the phone and gave her emotional support and confidence. However, she was tested negative.”

The District Collector was in touch with Mumthaz’s father regularly. The minister had called Mumtaz and congratulated her for promptly informing the authorities on her return from China. “Minister Shylaja said I was a model to society. She also gave me a lot of confidence. I am very happy about the entire period I spent in the isolation ward. There was not a single moment when I felt left out. I was given the food of my choice, vegetarian or non-vegetarian. When I ask for meals, they used to ask me whether I wanted something different like Biriyani,” Mumthaz said.

Kerala’s systematic and effective isolation and quarantine system has apparently made people like Shakir and Mumtaz the ambassadors of the state and its healthcare system.

Probably, this is the state’s greatest achievement on the health front.