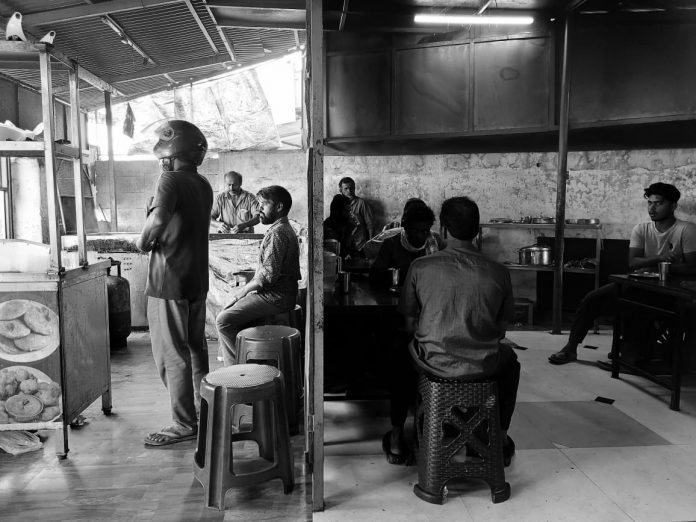 An eatery in Palakkad district. Mathur gram panchayat has become the first local body in the country to ban the use of salutations | Photo: Salil Kumar

The Mathur gram panchayat in Kerala’s Palakkad district has become the first local body in the country to ban the use of salutations such as ‘sir’ and ‘madam’.

The unanimous decision was taken at a recent meeting of the panchayat council. Setting aside political difference, the seven CPI-M nominees and one BJP member of the 16-member Congress-ruled panchayat backed the resolution on Tuesday.

“Everyone in our panchayat is particular about creating a friendly and warm atmosphere in the office,” P R Prasad, vice president of the panchayat, said. “All of us had a feeling that salutations like sir or madam create a gap between us and people approaching us with their issues.”

Also read: Why Kerala’s 1921 Malabar Rebellion is still being debated

The panchayat members also felt that honorifics were remnants of the colonial past. “In a democracy, people are the masters and people’s representatives and officials are there to serve them. They do not need to request us to do anything for them but they can demand service, as is their right,” he said.

The civic body has now displayed a notice outside the office telling people that if they are denied any service for not using honorifics, they can lodge a complaint with the panchayat president or secretary.

Every official of the panchayat will place a board on their table displaying their names.
They have also requested the Official Language Department to provide them alternative words for ‘sir’ and ‘madam’.

Those who feel discomfort in addressing elderly officials by their names can call them friendly terms like chettan (elder brother) or chechi (elder sister) in Malayalam, Prasad said.

The panchayat authorities also decided to bring out ‘avakasha pathrika‘ (rights certificate) in the place of the present apeksha form (application form) to ensure the supremacy of the citizen in a democracy.