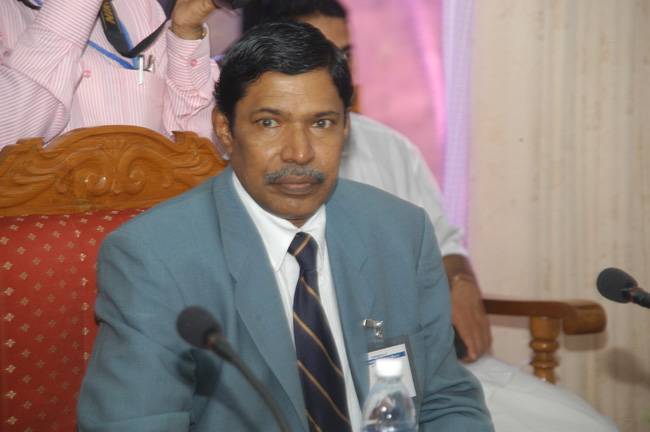 CBI has lodged the case against Mathews and 17 others, including IB officials, for various offences like criminal conspiracy, kidnapping and fabrication of evidence, under the IPC,

The Kerala High Court set aside the 60 days time limit set by a lower court on Tuesday, on the anticipatory bail granted to former Kerala DGP Siby Mathews, who is facing a CBI probe for allegedly falsely implicating former ISRO scientist Nambi Narayanan in a spying case in 1994.

Justice K. Haripal had allowed Mathews’ plea, challenging the 60 days limit set on the anticipatory bail by the trial court, while granting him the protection from arrest, on August 24.

The former DGP, represented by senior advocate P. Vijaya Bhanu and advocates Ajeesh K. Sasi and P.M. Rafiq, had contended that the trial court had erred in setting a validity period on the relief granted by it.

Mathews along with 17 other former Kerala police and IB officials, is facing a CBI probe for allegedly falsely implicating Narayanan and some others in the 1994 spying case. Four of the accused in the case were granted anticipatory bail by the high court on August 13, and this order has been challenged by CBI in the Supreme Court.

CBI has lodged the case against Mathews and 17 others, including IB officials, for various offences like criminal conspiracy, kidnapping and fabrication of evidence, under the IPC, in connection with the arrest of Narayanan and two Maldives nationals, Mariyam Rasheeda and Fouziyya Hassan.

The two Maldives nationals recently moved the CBI requesting it to place before the Supreme Court their claim for damages of ₹2 crore from each of the 18 officers, who are arrayed as accused in the conspiracy case being probed by the agency.

The Supreme Court had on April 15 ordered that the report of a high-level committee on the role of erring police officials in the espionage case relating to Narayanan be given to the CBI, and directed the agency to conduct further investigation on the issue.

The three-member panel, headed by former apex court judge Justice (retd.) D.K. Jain, was appointed by the top court in 2018 after acquitting Narayanan in the case.

The Apex Court had also directed the Kerala government to pay ₹50 lakh as compensation for compelling Narayanan to undergo “immense humiliation”.

The espionage case, which had hit the headlines then, pertained to allegations of transfer of certain confidential documents on India’s space program to foreign countries by two scientists and four others, including two Maldivian women.

The CBI, in its probe back then, had held that the then top police officials in Kerala were responsible for Narayanan’s illegal arrest. The case also had a political fallout, with a section in the Congress targeting the then Chief Minister late K. Karunakaran over the issue, that eventually led to his resignation.