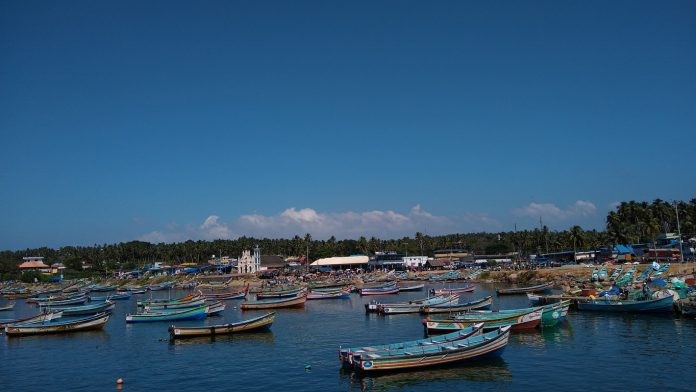 The Kerala high court on Friday (September 30) asked the state government to remove  obstructions erected by the protestors at the entrance of the under-construction Vizhinjam Port.

Justice Anu Sivaraman asked the police to ensure there are no obstructions at the entrance of the port for vehicles to pass. The Adani Port, had moved a contempt of court petition before the court, stating that a shed erected by the protestors and other hurdles were obstructing the port’s entrance.

Meanwhile, the government opposed the contempt of court plea and said vehicles to the port are not being stopped now. However, the court asked the government to ensure vehicles are not stopped and directed the police to remove any hurdles in front of the entrance. The court will hear the matter further on October 7.

Earlier, on August 29, the state high court had declared that the Vizhinjam Port construction cannot be stopped and any complaints about the project should be raised at appropriate forums. The court had said that the agitation must not affect the ongoing project.

The Adani Ports, which is constructing the Vizhinjam port in Thiruvananthapuram had on August 25, moved the Kerala high court seeking protection from protesters.

The Adani Group, in its plea said the ongoing agitation was a threat to the life of its employees and the police and the government were not taking any action. The company had also told the court that even though it had approached the government seeking protection, no steps were initiated.

A large number of coastal people have been staging protests outside the main entrance of the multi-purpose seaport, located at nearby Mulloor since last week. They have drawn up a seven-point charter of demands, including stopping the construction work and to conduct a coastal impact study in connection with the multi-crore project.

The protesters have been alleging that the unscientific construction of groynes, the artificial sea walls known as “pulimutt” in local parlance, as part of the upcoming Vizhinjam port was one of the reasons for the increasing coastal erosion in the district.

Giving details of the purported measures being taken by the state government, Kerala Chief Minister Pinarayi Vijayan had recently told the Assembly that the government was considering providing rented accommodation to rehabilitate the displaced fisherfolk and the district collector of Thiruvananthapuram has been entrusted with the task which includes fixation of rent.

He also claimed that the state government has launched a ₹2,450 crore worth project to rehabilitate the fisherfolk displaced due to coastal erosion and CRZ regulations.